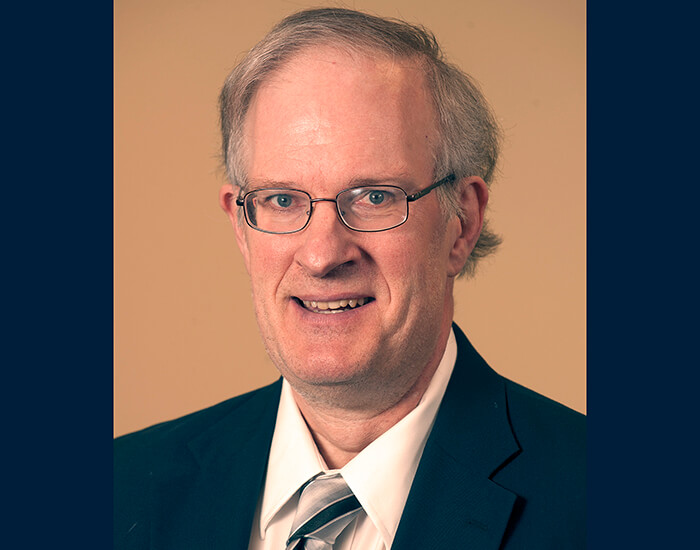 Dr. James M. Cregg has been at KGI from the start. As one of the founding faculty members, he has witnessed the evolution of the institution’s programs, student body, and mission. While he began in 1999 as a research and teaching professor, his impact and influence has moved beyond this primary role, and in many ways, he has emulated KGI’s foundation of bridging business and science.

It was during his time at KGI that then Vice President of Academic Affairs David Galas recommended Dr. Cregg to immunologists from Cell Tech, a biotechnology company in the Seattle area, who were looking to utilize a technology that quickly identified new chimeric monoclonal antibodies that bound tightly to specific disease targets. Since Dr. Cregg worked with a novel protein production system, it was a particularly good recommendation.

Dr. Cregg went on to have numerous meetings with the Cell Tech immunologists, during which he explained to them in detail what the Pichia protein production system was and how it worked. In time, they outlined a one-year research project aimed at testing whether the Pichia production system could successfully and inexpensively produce large amounts of a monoclonal antibody.

As Cregg explains: “A problem with the plan was that there was no money to fund the project. David (Dr. Galas) convinced Hank Riggs, then president of KGI, to support the project from KGI funds. In return, KGI received rights to the patent that was eventually issued from this work, an annual patent licensing fee, and stock in the company once it was formed. The actual research for the project was conducted in my lab by a newly arrived and very able scientist from Russia, Dr. Ilya Tolstorukov (now a KGI research professor).

The results from this research were very encouraging, and with only a little optimization, Dr. Tolstorukov was able to produce close to a gram of the test antibody per liter of Pichia culture (a huge amount by protein expression standards). With these results, a patent application was submitted and issued in 2007.

Describing how Alder Biopharmaceuticals was founded, Dr. Cregg said: “With this preliminary data, the Cell Tech people quit their day jobs to become the first employees of Alder Biopharmaceuticals and began discussions with venture capitalists to provide initial funding for the new company, relying heavily on the results Dr. Tolstorukov generated at KGI. They succeeded in raising funds and got the company off the ground.”

In 2014, Alder Biopharmaceuticals went public. Currently the company has two chimeric monoclonal antibodies in phase II human clinical trials, one against rheumatoid arthritis and another against migraine headaches. Dr. Cregg continues to work as a consultant on the Pichia system for the company. In the fall of 2014, KGI sold its Alder Biopharmaceuticals stock, which at the time was worth approximately $1.2 million. As per KGI’s faculty handbook, a portion of this money was shared with the faculty who worked on the initial project. In turn, Dr. Cregg then donated a large portion back to KGI.

Encouraging faculty to explore entrepreneurial endeavors is part of what continues to draw talented faulty. Dr. Cregg’s work at KGI, along with his interest in industry, led to a very successful partnership for KGI. While KGI provided the initial funding for the one-year research project that got Alder off the ground, Cregg noted that funds were paid back to KGI before the completion of the one-year project. He also said: “I doubt that would have happened at any other institution. In general, KGI has welcomed my consulting activities for Alder and other companies. At other institutions, these activities would not be looked upon in such a positive light.”

Speaking of what drew him to KGI, Dr. Cregg said: “I saw an advertisement that KGI placed in Science magazine in 1998 describing a new graduate school that was looking for faculty whose interests and experience were in any field related to the biotechnology or pharmaceutical industries. My area of interest had long been in the development of a yeast, Pichia pastoris, for the inexpensive synthesis and production of proteins of interest to pharmaceutical and industrial enzyme companies. This interest did not fit well with most purely academic institutions but was perfect for KGI. KGI was critical in my success as an academic and in fostering my entrepreneurial activities. In general, KGI has always been on my team in pursuing what at other institutions would be called extracurricular activities.”

Dr. Cregg earned his BA in biology from Western Maryland College (now McDaniel College), in Westminster, MD, and completed his MA and PhD at Rice University, in Houston, TX. He then went on to complete his postdoctoral training at Scripps Clinic and Research Foundation, in La Jolla, CA.