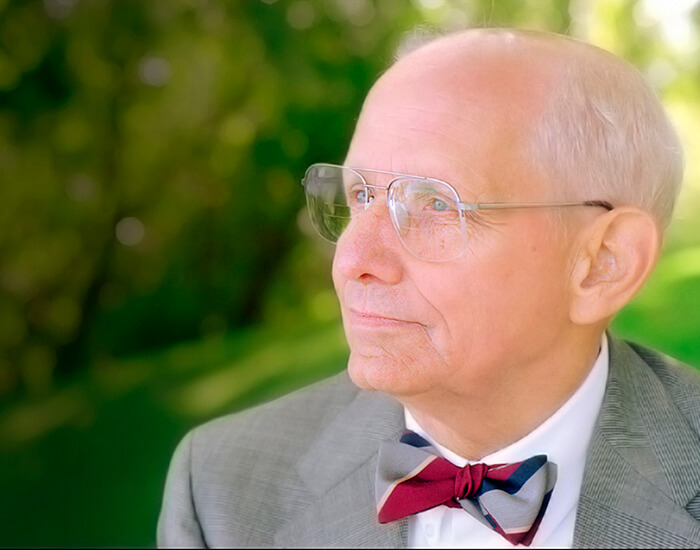 Henry E. (“Hank”) Riggs, past president of Harvey Mudd College, former vice president for development at Stanford University, founder and first president of Keck Graduate Institute, died at his home in Palo Alto on June 10, after a brief illness. His wife and children were at his side. A memorial service is planned for June 23 at 2:30 p.m. in the Arrillaga Alumni Center on the Stanford campus.

Hank had a remarkable career as entrepreneur, professor, writer, and leader in higher education. He continually sought out challenges and his vision fundamentally shaped every institution with which he was involved. Throughout his life, his abiding passion was for teaching, and he taught up until a few weeks before his death. A man of immense talent, enduring vision, uncompromising integrity, and enormous generosity, Hank will be profoundly missed.

After graduating from Stanford in 1957 and Harvard Business School in 1960, Hank worked as president of Icore Industries and chief financial officer of Measurex Corporation. He began teaching part-time at Stanford in 1967 and joined the faculty full-time in 1974. His best known course at Stanford was Industrial Accounting (IE 133). From 1978 to 1983 he was Chair of the Stanford Industrial Engineering and Engineering Management Department. He held the Thomas W. Ford professorship in the school of engineering. In 1980 he received Stanford’s highest award for excellence in teaching (the Walter J. Gores Award). As he biked through campus to class, he cut quite a figure in his suit and signature bow-tie.

In 1983 Hank became Stanford’s vice president for development. In this role he designed and oversaw the Stanford Centennial Campaign, the first successful billion-dollar capital campaign undertaken by an American university.

Hank was named president of Harvey Mudd College in Claremont, California in 1988. During his nine years as president, the college expanded its campus, increased enrollment and endowment, and launched new departments in biology and computer science.

Hank’s early career as a Silicon Valley entrepreneur left him convinced that colleges and universities need to be more flexible and entrepreneurial to serve their students and the public good. In 1997 Hank founded the seventh Claremont College, the Keck Graduate Institute of Applied Life Sciences (KGI). He served as the institution’s first president until 2003. His vision for KGI was based on his belief that life sciences would dominate the 21st century and that new institutions were needed to educate future leaders in this field.

Hank wrote books and articles on accounting, management and finance for students and the general public.  His influential 2011 New York Times op-ed “The Price of Perception” challenged the practices by which top-tier colleges set tuition rates. He also served on numerous corporate and nonprofit boards.

In his personal life Hank had two great loves: his family and travel. He and his wife Gayle saw much of the world from their bicycles and Eurovan. At age 70, Hank bought his first boat, “It’s About Time,” and became a skilled captain. Five years later he solo-captained his boat to Alaska and back.

Hank was raised in Hinsdale, Illinois, the youngest child of Joseph and Gretchen Riggs. He met Gayle Carson when they were both undergraduates at Stanford and they married in 1958. He is survived by his loving wife Gayle Riggs; his sister Ruth Wendel; his devoted children Betsy McCarthy (Andy) of Seattle; Peter Riggs (Kathleen) of Harstine Island, Washington; Katie Riggs (John) of Burlingame; and six adoring grandchildren: Sarah, Christopher, Carson, Molly, Sam and Gretchen.

Subscribe to KGI’s e-newsletter
Request program information
Back to all news 2015 Commencement Celebrates 117 Graduates Previous news story KGI Mourns the Loss of Gary Cohen, Member of the SPHS Board of Advisors Next news story