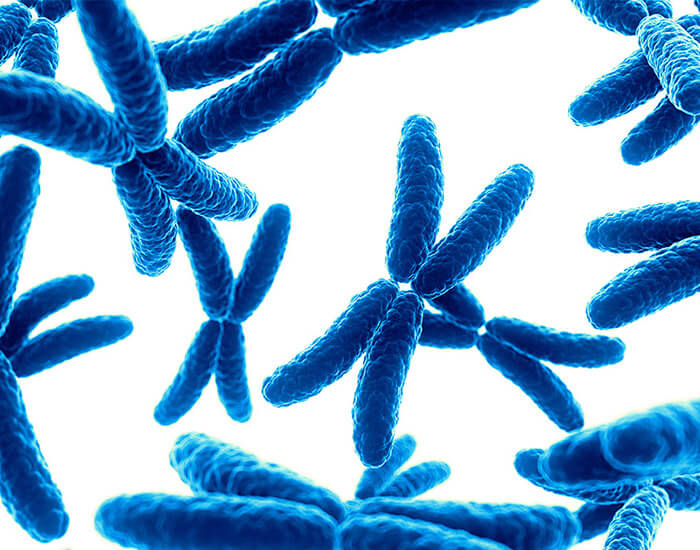 Keck Graduate Institute (KGI) research led to the discovery of a number of genes that, when they function abnormally, cause instability of the chromosomes within cells. This finding and its implications for understanding the mechanisms of cancer and birth defects, is central to a newly published paper based on the doctoral work of Jesse Frumkin, PhD ’12.

“The Interplay Between Chromosome Stability and Cell Cycle Control Explored Through Gene-Gene Interaction and Computational Simulation” appears in the prestigious international journal Nucleic Acids Research. Frumkin’s faculty advisor and paper co-author KGI Professor Animesh Ray, who for decades has focused on chromosome stability and dynamics in his own research, notes, “People have been studying this for a long time, including some Nobel Laureates. But few had looked seriously at how increasing gene expression can cause chromosome instability. It’s increasingly apparent that cancer-causing mutations cause this by upregulating the expression of many genes. Jesse’s work is a systematic look at that phenomenon.”

Seeking a model genetic system for his research, Frumkin turned to baker’s yeast. That allowed him to work with an organism in which nearly every gene is also represented in the human genome to maintain chromosome stability. One by one, he methodically turned these genes on or off, yielding a number of genes that produced chromosome instability when highly expressed. Then Frumkin set out to determine why this happened.

His work also employed a mathematical technique that Ray says has rarely been applied to biological research. Ray explains, “Jesse provided a new computational method, based on the famous traveling salesman problem, for analyzing complex data in biological research. He used an analog of this problem to solve how to find the optimum arrangement of genes and their interaction partners to control chromosome instability, a problem that is similarly complex.”

Though Frumkin has moved on from this research and now works as a data scientist in the Office of the Chief Economist at the U.S. Patent and Trademark Office, his doctoral work continues to influence one of Ray’s current projects.

“Jesse’s work brought to the fore certain questions that have wide implications in cancer biology, and his thinking led to this work related to how lung cancer cells become resistant to drugs,” Ray says. “We may one day close the loop between what we are doing now and what Jesse did. The mechanisms might be related.”