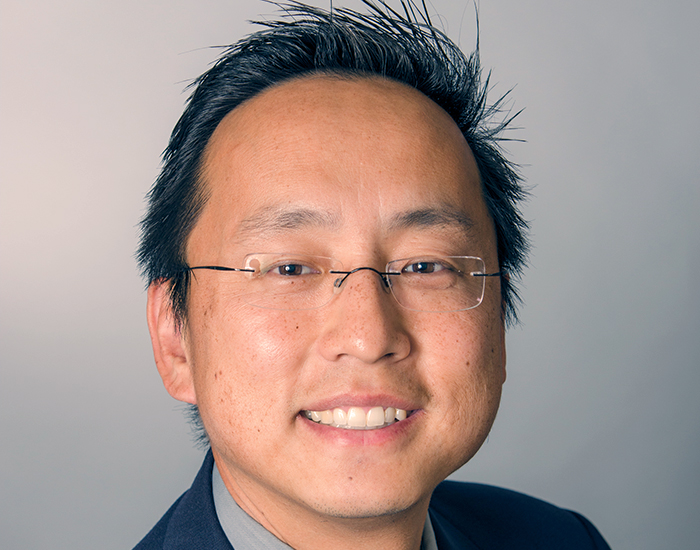 Joon Kim Named President-Elect of the National Association of Advisors for the Health Professions, Honoring Commitment to Pre-Health Advising

Joon Kim, EdD, was recently named President-Elect of the National Association of Advisors for the Health Professions (NAAHP), an organization he has been with since 2012. As Senior Director and Instructor of Keck Graduate Institute (KGI)’s Postbaccalaureate Premedical and Postbaccalaureate Pre-PA Certificate programs, Kim has long been committed to excellence in education and mentorship.

After joining KGI in May 2011, Kim was determined to seek out all the resources he could to best serve the students he worked with.

“My job at KGI is to support students as they embark on their journey to become physicians, PAs, dentists, and so forth,” Kim said. “Theoretically, I could read information online to obtain the knowledge. But as we know, it’s establishing relationships with industry leaders that’s truly valuable.”

Since he’s been involved with the NAAHP, Kim has developed many professional relationships that have blossomed into friendships.

“I can now reach out to one of these individuals and say, ‘Hey, did you guys change your admissions criteria?'” Kim said.

“These relationships have allowed me to access the most up-to-date information to advise my students better.”

NAAHP is a primarily volunteer-run organization that ensures quality and up-to-date information in the world of pre-health advising. When Kim first joined, he served on the Mentoring Task Force. Over the years, he took on various roles, including Treasurer.

Now, as President-Elect, he serves as a liaison between the NAAHP and the American Dental Education Association, while the President serves as a link with the Association of American Medical Colleges. He also serves on the Board of Directors and the Executive Committee.

“We need a larger percentage of healthcare providers who represent the patient population they serve, particularly in border states such as California, Texas, Arizona, and New Mexico,” Kim said. “You don’t have to be Latino yourself, but speaking some Spanish would be very helpful if you’re going to be working with that population.”

Similarly, he feels that the field of pre-health advisors should more closely reflect the population of students that they serve. Going along with this, more efforts should be made to attract viable candidates to the profession and incentivize career longevity.

“Currently, pre-health advising is a great way to gain experience and learn more about higher education, but it’s not sustainable as a career,” Kim said.

This results in a high turnover rate among advisers—particularly at large public institutions. These institutions are where most students from underrepresented populations and less affluent backgrounds can be found.

Such students may lack the resources and connections of students attending small, private universities and thus are even more in need of quality guidance and mentorship. Therefore, in the long run, the adviser turnover rate may contribute to the lack of diversity in the healthcare profession because these students lack consistent and longitudinal support.

“I’m not convinced that the senior leadership of institutions fully grasps the magnitude of how important pre-health advising is because they often see advisors as merely information disseminators,” Kim said.

However, to fully support students, pre-health advisors must do much more than provide information. It is essential that advisors develop rapport with the students, helping them to navigate academic as well as personal challenges.

“This is especially important as many students are now coming into higher education concerned with mental health and/or learning disabilities,” Kim said.

New changes in the NAAHP reflect the changing face of education. One growing trend has been advisors leaving their institutional employment for private entrepreneurial ventures.

To account for this, the organization has opened a specific membership category for independents. It has also added a community college category to reflect the broad-reaching audience of pre-health advising.

Kim’s passion for education was first ignited when he became a TA as an undergrad at UCLA, leading small breakout groups.

“When you explain something the first time, you might get half of the students to understand it,” Kim said. “But my goal was to get everyone to understand, so I’d find a different way of explaining it, using analogies. It’s a very challenging yet fun activity. For me, education is exciting because you really get to connect with people.”

This journey has continued for him at KGI, where in addition to advising, he also teaches a course that incorporates psychology with traditional premed professional development.

“My job has very therapeutic benefits because I myself was pre-med many years ago,” Kim said. “By working with these students, I help them on that journey that I thought I personally wanted to go on. My favorite is when they send me their white coat pictures, which all go up on my office wall.”

As President-Elect of the NAAHP, Kim will strive to bring more visibility to pre-health advising and KGI.

“KGI is an awesome school, but it’s a very small school nestled in the tiny city of Claremont,” Kim said. “I want KGI to have a national reputation. It’s my way of giving back to the school that has allowed me to do what I love to do.”