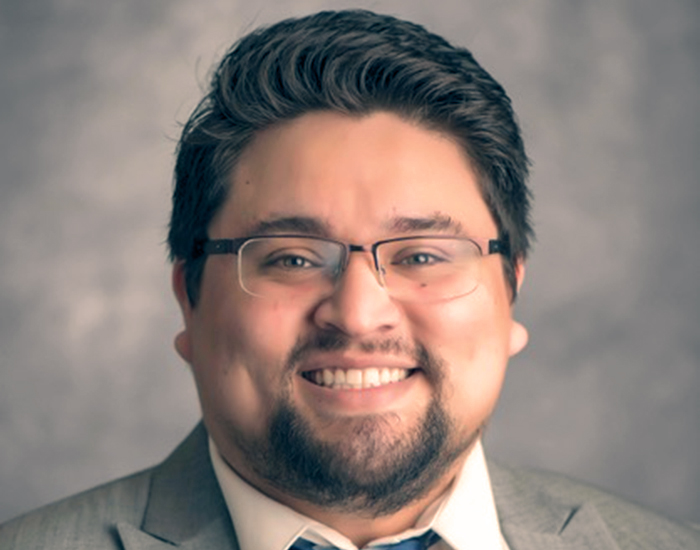 Medicine is a team-based endeavor, with countless individuals playing a significant role. Dr. Carlos Damas, a Keck Graduate Institute (KGI) alumnus who just received his MD from Michigan State University, believes that his experience working on group projects at KGI gave him the skills necessary for thriving in the medical profession.

“When you go into the real world, and you start working with nurses and respiratory technicians and PAs, it’s important to understand how small group dynamics work,” Damas, PPC ’13, MS ’14 said.

“I think KGI really helped me develop those skills in terms of how to be a team player and to be a team leader because as a doctor, you’re naturally pushed into this leadership position.”

Damas, who plans to become a pediatrician, became interested in working with children when helping the community during the Michigan Water Crisis, as much of his research at the time centered around children. He feels that children’s resiliency, combined with the fact that health insurance is not as much of a barrier, provides ample opportunity to make a meaningful impact.

“Also, you still have an opportunity to educate them to make better decisions and guide their parents to offer better comprehensive healthcare for the child, and I think parents are more receptive,” Damas said. “It’s not every parent, but I think it’s more difficult to convince a sixty-year-old to stop smoking even though they have an obstructive lung compared to having a talk about your child’s asthma and how to better manage it.”

As Damas said, though, it’s a give-and-take in that doctors must be empathetic and willing to listen to the parent’s concerns. At KGI, he learned how different people communicate and how to approach people so they feel heard.

“It’s important to make sure that you convey to the parents that you understand that making these changes are not easy,” Damas said. “Being nonjudgmental with them and trying to work together to build that partnership is really important. It can feel very personal when parents are refusing to take medications even though you’re trying to educate them. In those situations you want to make sure you’re mindful, take a step back, and take a deep breath before you approach it.”

Damas completed KGI’s Postbaccalaureate Premedical Certificate (PPC) program in 2013, when it was first getting off the ground. He cites Senior Director and Instructor of Postbaccalaureate Programs Joon Kim as a major reason he decided to go through the program.

The PPC program pushed Damas academically and taught him how to conduct himself in a professional environment. As a first generation college student, he believes that Kim has been one of his biggest supporters in his journey into medicine—support he did not receive at his large undergraduate university, where he was told he did not have a chance at getting into medical school.

“Joon never made me feel that way,” Damas said. “He was always suggesting ways to improve and really laid a path for me to follow in terms of making myself the most competitive applicant. He must have proofread my personal statement at least 30 times.”

Through the PPC program, Damas also learned the interpersonal skills that enriched his experience in medical school and that he will continue to build upon in his career.

“As I got into medical school, we reflected that same paradigm of working together in small groups,” Damas said. “It’s important to understand that dynamic and make sure you know how to best keep that cohesiveness to improve patient outcomes. At KGI, those small group projects really helped me develop those skills. It was one of the most beneficial experiences that I had.”