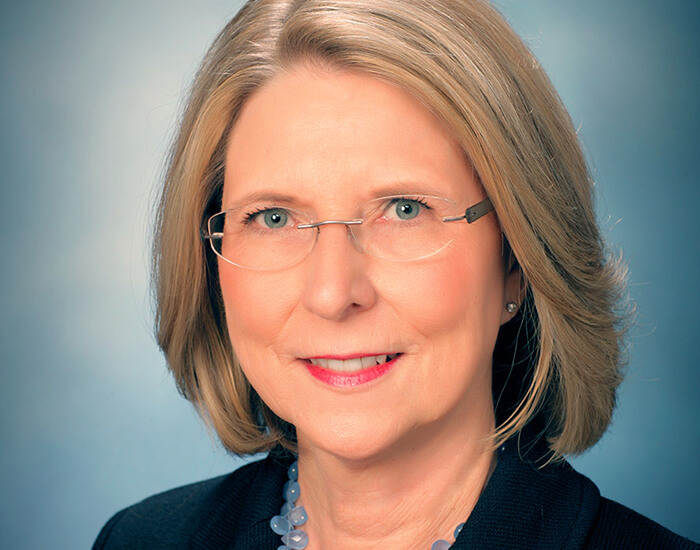 Keck Graduate Institute (KGI) President Sheldon Schuster has announced that Diana Dooley, Secretary of the California Health and Human Services Agency, will be the keynote speaker at KGI’s 17th annual commencement ceremony on Saturday, May 12, 2018.

“I am humbled and privileged to join with the family and friends to honor these graduates as they embark on their careers at an especially critical time in the history of American health care,” Secretary Dooley said. “The opportunities have never been greater, nor the challenges more profound.”

“We are thrilled that Diana has accepted our invitation to attend the 2018 commencement and serve as the keynote speaker,” Schuster said. “She is an accomplished leader within the California government, and her speech will be a terrific sendoff for our graduates entering the bioscience and healthcare industries.”

Dooley was appointed Secretary of the California Health and Human Services Agency by Governor Jerry Brown at the beginning of his term in 2011. She leads the 13 state departments within the Agency, chairs the independent health benefit exchange Covered California, and serves as chair or member of numerous other boards and commissions.

Under her leadership, California has been a national leader in implementing the federal Affordable Care Act, notably reducing the uninsured rate from nearly 20 percent to under 7 percent. She has also used the federal law, together with state legislative and administrative actions, to make improvements in the quality of healthcare delivery, increase transparency and consumer engagement, and promote the integration and coordination of medical, behavioral, and social services in the furtherance of whole-person care.

Dooley entered health care in 2000 when she became General Counsel and Vice President of Valley Children’s Hospital, later serving as President and CEO of the California Children’s Hospital Association. She began her career as an analyst for the state, and was promoted to the staff of Governor Brown in 1975, serving as Legislative Secretary and Special Assistant until the end of his term in January 1983. Before becoming an attorney in 1995, she owned a public relations and advertising agency.