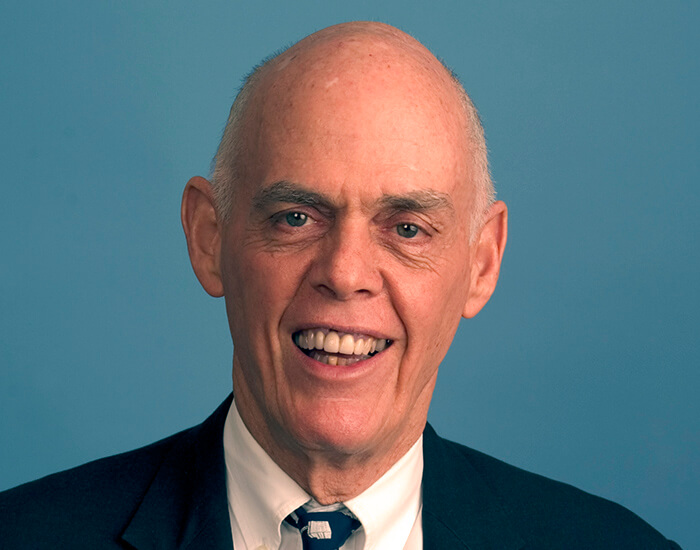 The Keck Graduate Institute (KGI) community is saddened to share the news that Trustee Emeritus Stanford N. Phelps passed away on June 6, 2019 at the age of 84.

“Stan was a tremendous colleague and friend to the KGI community,” KGI President Sheldon Schuster says. “We will miss him greatly and our thoughts are with his family. He served on the Board of Trustees for many years and was a significant benefactor toward the success of KGI.”

KGI awarded Phelps with the Doctor of Applied Life Sciences, honoris causa, on May 16, 2009. The letter of invitation for the honorary degree read:

“KGI awards honorary degrees to persons whose ideas and life’s work exemplifies the highest standards of human achievement in the professions, the sciences, or public service. Your selection by the KGI community to receive an honorary degree makes clear the lasting impact of your leadership and counsel in establishing Keck Graduate Institute.

“All of us at KGI want to honor you and commemorate your role as a strong and steadfast friend of the Institute.”

Phelps’ obituary was published in The New York Times on June 16, 2019:

Stanford Newton Phelps, died peacefully at home in Greenwich, CT on June 6, 2019 at age 84. He is survived by his beloved wife, Elizabeth Richmond Phelps; his son, George; his daughter, Catherine, and son-in-law, Daniel McNamara; his grandchildren, Maxwell, Garrett and Ford; his brother, Barry Phelps; his sister Jeanette, and brother-in-law, Whitney Evans.

Mr. Phelps was chairman of the board of S.N. Phelps & Co., Commonwealth Oil Refining Company (CORCO) and Clear Springs Land Company, home of Clear Springs blueberries. His earlier career in the bond business included stints with Citibank, F.S. Smithers and Drexel Burnham Lambert where he started their high-yield bond department. He served as second lieutenant in the United States Army from October 1956 to April 1957. Mr. Phelps was born in Rochester, New York, the son of Jeanette Coon and Stanford Newton Phelps. The family moved to Detroit and later back to Rochester when Mr. Phelps left to attend Phillips Exeter Academy in 1948. He graduated from Phillips Exeter Academy in 1952, and subsequently from Yale University in 1956 and Harvard Business School in 1960.

Mr. Phelps was devoted to his church, First Presbyterian Church of Greenwich in Greenwich, CT. Mr. Phelps was a generous supporter of his church and many educational and Christian organizations, including Hartwick College from which he received an honorary Doctor of Laws, Harvard Business School, Keck Graduate Institute where he was on the Board and received a Doctorate of Applied Life Sciences, honoris causa, The Madeira School, Navy Seal Foundation, Polk State College, and Yale Peabody Museum where he served on the Peabody Leadership Council. Throughout his life, however, his highest charitable priority remained his high school alma mater, Exeter. In Mr. Phelps, Exeter lost one of its most loyal and enthusiastic supporters. The breadth of his commitments grew from a heart-felt devotion to education, his desire to improve opportunities for Exeter students and his deep respect for Exeter’s faculty. He was most proud of his Phelps Scholar-Athlete program through which he provided one hundred seven students with scholarships to attend Exeter

Through his philanthropy, Mr. Phelps sought to inspire others to support the school he loved. In an address to the student body in 2001, he put it this way, “You will be remembered for what you give – not for what you get”. In all aspects of his life, Mr. Phelps was guided by two principles he learned while a student of Greek and Latin at Exeter: Athanatos esti psyche, “The soul is immortal,” and Nil sine Deo, “Nothing without God.” All those who knew Mr. Phelps will remember him and take comfort in these two phrases. He will be deeply missed by his family, his friends and by the school he loved. A service in celebration of the life of Stanford Newton Phelps will be held. In lieu of flowers, contributions can be directed to the First Presbyterian Church of Greenwich, One West Putnam Ave., Greenwich, CT 06830 www.fpcg.org.