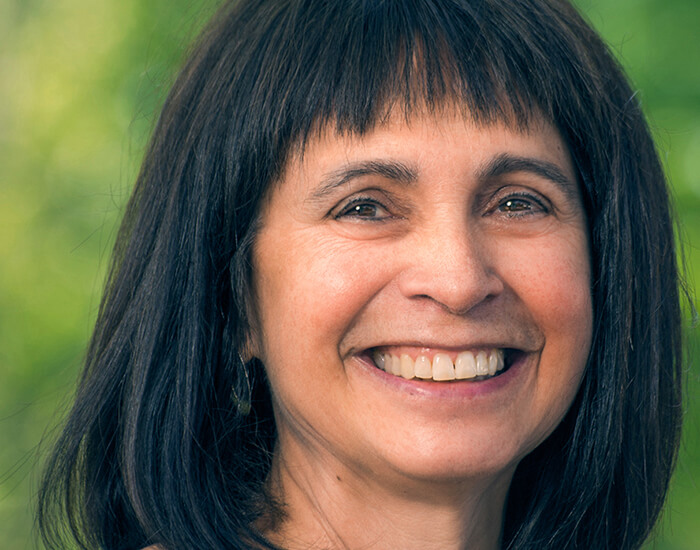 Keck Graduate Institute (KGI) Professor-at-Large Susan Wessler has been elected to the Royal Society, a fellowship of the world’s leading scientists and oldest scientific academy in continuous existence.

She becomes one of just a handful of those recognized this year as a Foreign Member, a distinction given to prominent scientists from institutions outside the United Kingdom and other Commonwealth nations.

Inclusion in the Royal Society is based on outstanding accomplishments over the lifetime of a career in science, engineering, and technology and requires the nomination of two current fellows. Approximately 700 candidates are considered each year, and no more than 18 Foreign Members can be named annually.

“I am very appreciative of the selection as it is both a tremendous responsibility and an honor,” says Wessler. “It broadens my network and I’m also hoping it will enable me to get more involved in international science.”

Wessler is a widely recognized molecular geneticist who, in addition to being associated with KGI, is a Distinguished Professor of Genetics and holds an endowed chair for innovation in science education at UC Riverside.

Also the first woman elected to the position of Home Secretary for the prestigious National Academy of Sciences (NAS), Wessler believes that her involvement in the Royal Society may enable her to contribute to diversifying science on an international scale.

“There’s an opportunity to impact science where change is needed, not just in terms of gender but also underrepresented minorities,” Wessler says. “I think the Royal Society appreciates my focus on science education. At Riverside, I have a teaching program for incoming freshmen, including underrepresented and first-generation college students. They can see what’s possible for them, and I’m developing links with KGI to show these students why they should stay in science.”

But first Wessler will attend an orientation for new Royal Society inductees in July. There she will learn more about the fellowship of 1,600 members, including 80 Nobel Laureates, and how members help advance its mission of recognizing, promoting, and supporting excellence in science and encouraging the development and use of science to benefit humanity.

“Becoming a member of the National Academy of Sciences almost 20 years ago changed my life,” says Wessler. “Serving as an elected officer and Council member for NAS provided a platform to make a greater impact and I’m hopeful that becoming a Foreign Member of the Royal Society will have a similar effect.”