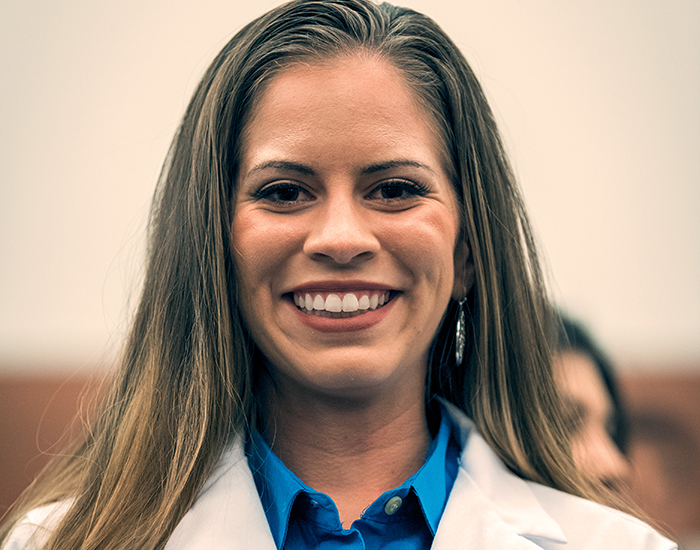 Students and faculty members come to Keck Graduate Institute (KGI) from a wide range of backgrounds. This incredible diversity adds depth and breadth of knowledge and experiences to make the KGI community what it is today.

Los Angeles-area native Alyssa Selve, PharmD ’22, is the first of her family to attend college. She was hesitant to commit to the time, costs, and moving expenses required to enter a four-year university right off the bat. Instead, she used her strong skills as a runner to earn an athletic scholarship to Glendale Community College, which has one of the country’s top cross country and track and field programs among community colleges.

“Being a first-generation college student, community college gave me the opportunity to afford higher education and to find out what I was really capable of doing in school,” Selve said.

After proving herself in the classroom and in competition, Selve earned a scholarship to Adams State University to further her studies and compete in the Rocky Mountain Conference. She chose psychology as her major and found that she really enjoyed the more scientific aspects of her studies—particularly neuroscience. By this time, Selve’s sister had been diagnosed with multiple sclerosis, and her brother with epilepsy, and she began to recognize the vital importance of pharmaceuticals in the management of chronic illness.

Ready to come back home, and with one more year of athletic eligibility, Selve returned to Los Angeles and worked on her pharmacy pre-requisites at Cal State LA. With those classes under her belt, Selve was ready to apply for a Doctor of Pharmacy program, choosing KGI for some of the same reasons she began her career at a community college—it was close to home, and it was a true community.

“I went to the open house for the Doctor of Pharmacy (PharmD) program at KGI, and I really liked that it was a smaller community,” Selve said.

“I liked the idea of small class sizes, allowing for a more personal relationship with peers and faculty. I didn’t want to be just another number in the lecture hall.”

While her success has been—and will continue to be—due to her strong work ethic and dedication, Selve credits her time at community college with helping her carve her own path and find direction for her future.

“I’m a huge advocate for community college,” she said. “It’s a great stepping stone to really find out what you want to do. If I could talk to myself when I first started ten years ago, I would never have believed that I would now be in a doctorate program.”

Follow Alyssa on a day in the life at KGI! Watch the video below.