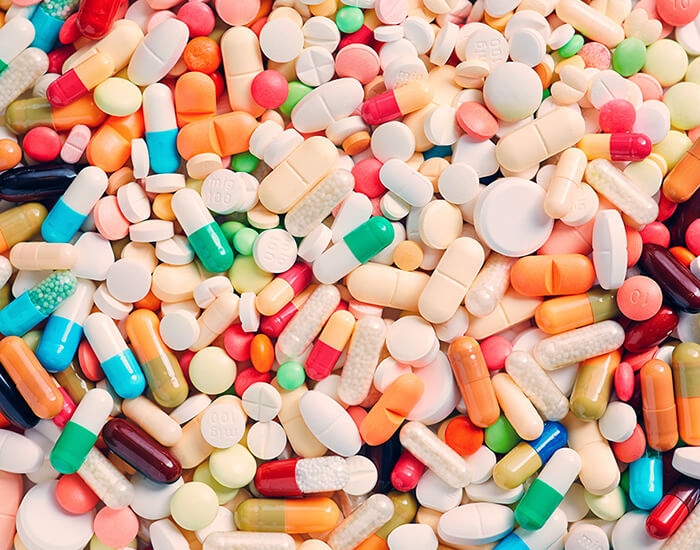 Many people have medicine cabinets containing unneeded and expired drugs they don’t know how to dispose of properly. Too often, these unwanted and potentially dangerous medications end up in the wrong hands, contributing to the accidental poisoning of children and the current U.S. opioid abuse epidemic. Similarly, certain drugs can end up in the wrong place, flushed down the toilet and causing possible environmental harm.

That’s why the U.S. Drug Enforcement Administration (DEA) launched the National Prescription Drug Take-Back Day in 2010, an event that Keck Graduate Institute (KGI) will take part in for the first time this spring. On Saturday, April 29, KGI will become a collection site where members of the public can safely, conveniently, and anonymously dispose of unwanted prescription and over-the-counter drugs.

KGI School of Pharmacy and Health Sciences students and representatives of the Claremont Police Department will be on hand between 10 a.m. and 2 p.m. at 535 Watson Drive on the KGI campus in Claremont to receive medications in solid or liquid form. However, no syringes, inhalers, needles, sharps, or mercury thermometers can be accepted.

“This will be a big help to the community. It benefits everyone to have proper disposal of drugs,” says third-year pharmacy student Jesse Perez, who initiated KGI’s participation along with his classmate Juan Antonio Silva.

The two students enlisted their fellow members of the American Pharmacists Association (APhA) and Student Society of Health System Pharmacists (SSHP) at KGI to help collect medications and direct traffic during the event, which will offer the public a drive-through drop-off option.

These pharmacy students will also staff education booths to provide the public with information about properly storing and disposing of medications, preventing drug abuse and accidental poisoning among children and teens, protecting the environment from pharmaceutical waste, and preventing prescription opioid overdoses. Children’s games will be available to promote awareness about accidental poisoning.

“We’re engaging our student pharmacists on the front lines of educating the community about preventing poisoning or abuse, and we’re teaching them that this is an important way to interact with the community,” says Talia Puzantian, an associate professor of clinical sciences at KGI’s School of Pharmacy who is working with the students to organize the day’s activities.

Perez first became interested in participating in the drug take-back event through his involvement in Generation Rx, an APhA-wide patient education project focused on opioid abuse. He chairs this initiative at KGI and says, “Pharmacists are drug experts and learn how drugs can be abused. Even as pharmacy students, we can educate people that the medications they take to help themselves have consequences if they’re abused, and give the community a resource to properly dispose of drugs. I don’t think schools have done this before, but we may start a trend.”

Marlon Whitfield, who manages the drug diversion program for the DEA’s Los Angeles Field Division, confirms Perez’s belief that KGI’s participation as a collection site is unusual. Whitfield explains, “It’s fairly uncommon for a school to do this because there needs to be an association with a law enforcement agency.”

As KGI’s partner at the campus collection site, Claremont Police Department will have volunteers present to collect, package, and weigh drugs that are dropped off and then transfer them to the DEA on the Monday following the event. Noting that his department regularly participates in the drug take-back day, Lieutenant Mike Ciszek says, “The more the merrier. It’s nice to see younger people in the community interested in helping out, and the students saw a need based in their own realm of experience.”

By participating on April 29, the KGI pharmacy students also have an opportunity to help build upon record collections during the most recent National Prescription Drug Take-Back Day. The fall 2016 event brought in nearly 29,000 pounds of medications from sites overseen by the Los Angeles Field Division and more than 731,000 pounds nationally.