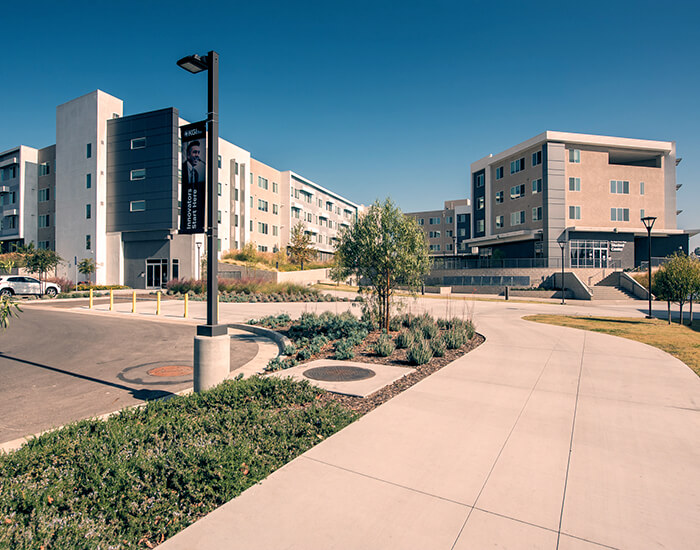 On February 26, 2021, Keck Graduate Institute (KGI) held its first virtual Career Fair via Zoom. With 17 employers and 85 KGI students in attendance, this was KGI’s largest career fair to date.

The virtual environment held some critical advantages over an in-person setting, including allowing students to have more personalized interactions with employers. Companies in attendance came from a wide range of fields spanning biotech, pharmaceuticals, medical device engineering, and genetics, encompassing the medical industry’s clinical, academic, industrial, and entrepreneurial aspects.

“This year’s event was a huge improvement.”

Scott also appreciated the employers’ willingness to engage with students—an element that is sometimes missing in virtual environments. Utilizing Zoom breakout rooms allowed for this greater degree of personal interaction.

Additionally, the latest Zoom update allowed students to move freely from room to room by themselves, unlike past Zoom events where organizers had to move attendees. Each employer got at least one breakout room, and some had multiple rooms if they had many representatives in attendance. Some employers such as Amgen, Larta Institute, Gilead, and Acceleron Pharma, Inc. brought KGI alumni to speak to current students.

“It’s always fun for the students to hear from their peers who were in their shoes just a few short years ago,” Scott said.

Students could post their resumes ahead of time, which gave them the option to apply to positions on the spot when relevant. About two weeks before the fair, Scott sent a resume book featuring registered students to the participating employers, telling them they could schedule one-on-one or small group meetings with students.

Some companies such as Applied Medical utilized this option, giving formal presentations that drew in many students and then scheduling one-on-one sessions afterward.

“Even though only a few employers took advantage, it still worked out because the breakout rooms allowed employers to meet with students in a more intimate way,” Scott said. “This new update on Zoom allowed us to see how many students were in each breakout room. If a student didn’t want to go into a room that was crowded, they had the option of interacting with other employers in a one-on-one or small group setting.”

This event was different from other career fairs—typically revenue-generating events—in that KGI decided not to charge participating employers an entry fee. This created fewer barriers to entry, allowing lesser-known companies to participate.

Overall, the Career Fair received much positive feedback from both the participating companies and KGI students.

“The students were excited to get the connections they were craving,” Scott said. “They were also happy with the number of employers in attendance as well as the variety. The employers have been to lots of virtual fairs this year because of the pandemic, and many of them said that our event was the best one they’ve ever been to. So the hard work we put into getting them here and creating a structure for them to host paid off.”