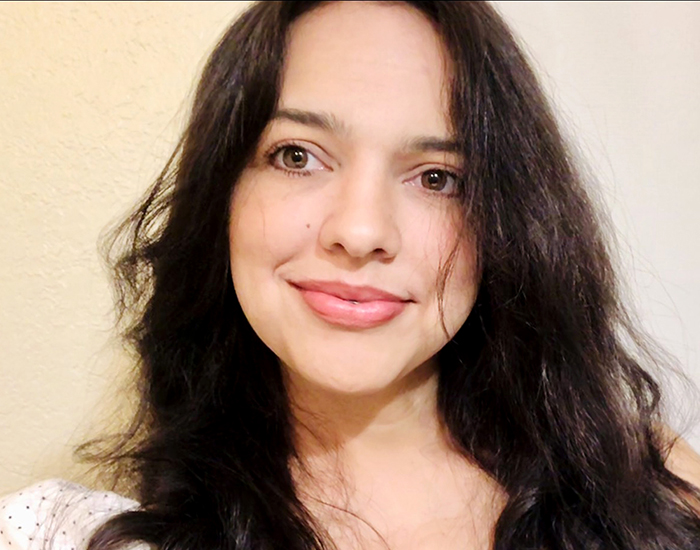 Sindy Canales Diaz has long been interested in a career in pharmacy. She attended Keck Graduate Institute (KGI)’s Pre-Pharmacy Enrichment Program (PrEP) in the summer of 2020 and is now finishing up her first year at the Charleston School of Pharmacy in West Virginia.

“Sometimes I think that I didn’t choose the profession, the profession chose me,” said Canales, who was a pharmacy technician for eight years and received her bachelor’s in Industrial Chemistry with a minor in Microbiology from the University of Puerto Rico Humacao.

However, at 35-years-old (which is older than the average Doctor of Pharmacy candidate), she was concerned that her age—along with an education gap—would impact her chances as an applicant. As an undergraduate, Canales took a break from her studies after her mother lost her job, and Canales had to work to help support her family.

Attending PrEP through KGI boosted Canales’s confidence and expanded upon her knowledge of the pharmaceutical industry, exposing her to the many career options within the field. Of particular interest to her was a workshop on psychiatric pharmacy led by Professor of Clinical Sciences Dr. Talia Puzantian.

“As a KGI pharmacy faculty member, I’ve been participating in PrEP since it began in 2019,” Puzantian said. “What I enjoy most is that it brings together students in a relaxed setting, exploring interests and passions and learning about a variety of opportunities for pharmacists, without the pressure of exams and grades.”

Puzantian has done sessions on mental health and wellness during COVID-19 and the opioid epidemic, focusing on the role pharmacists can play to help mitigate overdose deaths by identifying and screening patients at risk, educating the public, and providing the overdose rescue medication naloxone.

“Every year, there seem to be at least a few students interested in my area of specialty, psychiatric pharmacy,” Puzantian said. “It allows me to share my work experiences as well as books and films I believe may further inspire students. For example, Netflix’s films The Pharmacist and Heroin(e), the movie Drugstore Cowboy, or the book Dopesick for opioid use disorder, the movie A Beautiful Mind or the book The Quiet Room for schizophrenia, and the book Darkness Visible or the movie Helen for depression.”

Psychiatric pharmacy aligns with Canales’s interest in neuropharmacology with a particular focus on epilepsy. As an undergraduate, Canales performed research on the connection between anxiety and epilepsy, observing how anxiety-induced seizures in fish.

“My dog had epilepsy and recently passed away after 12 years, so I have long wanted to learn more about the condition,” Canales said.

Canales is also interested in potentially specializing in cardiology pharmacy. For the long term, she hopes for a career that combines her research interests, working directly with patients, and teaching.

In PrEP, Canales particularly enjoyed gaining hands-on experience making suppositories and collaborating with others on a group presentation about the use of benzodiazepines for depression.

“I love that for the group project, every opinion was taken into consideration,” Canales said.

Now, as a first-year student at Charleston School of Pharmacy, Canales is continuing to build upon these skills. Currently, she is conducting SOAP (subjective, objective, assessment, and plan) notes—a method of documentation employed by pharmacists to write out notes in a patient’s chart regarding medical history and more—in a simulated retail pharmacy environment.

She initially had some concerns regarding language barriers—English is not her first language—but her professors have been accommodating and willing to spend extra time reviewing the material with her to ensure she understands the concepts. Also, despite being an older student, she has adapted well to the rigorous curriculum.

“Sometimes I find myself getting more tired than I did when I was an undergraduate and don’t always have the energy to study for hours and hours,” Canales said. “But the mind doesn’t get old.”

She encourages others interested in pursuing a career in pharmacy but feeling uncertain about their competitiveness as a candidate to apply to KGI’s PrEP.

“PrEP made a huge difference for me,” Canales said. “I always knew I wanted to be a pharmacist, but this program made me even more passionate about pharmacy and was an amazing experience.”