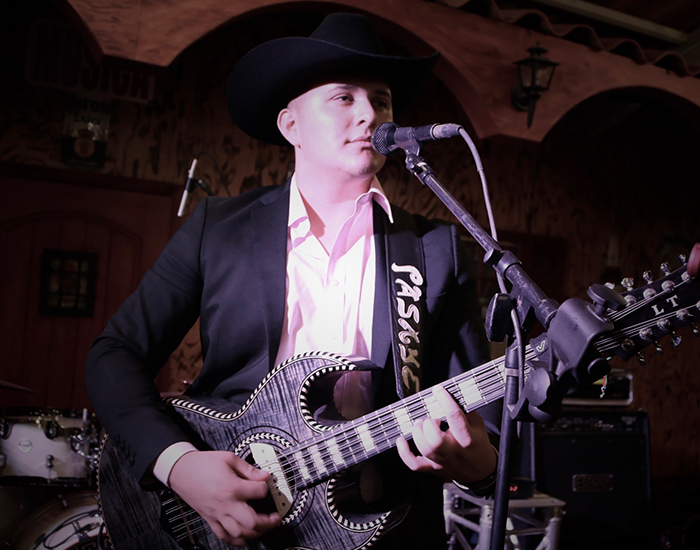 Merging Music and the Master of Business and Science Program

Luis Torres, MBS ’21, takes pride in being versatile. As an undergraduate at Occidental College, he volunteered in a hospital emergency department, became an emergency medical technician, served as a Spanish language peer tutor, worked in the campus postal operations center, and played in a band—all while preparing academically to attend medical school after graduation.

“I spread myself a little too thin,” says Torres. “But I was able to enjoy all of it and grow in a lot of different areas.”

“The MBS merges all the different sides of my skills and identity—the business side, the biology side, even the Spanish side—into one career path,” explains Torres. “This is the most rewarding decision I’ve made, and the program is allowing me to grow even further. I’m in the middle of applying for summer internships, going to industry events, and expanding my professional network.”

“I’m really fascinated to explore a career in the biotech industry as a consultant or project manager.”

Professor Joel West, who directs the MBS program, believes Torres is well positioned to take advantage of the opportunities available to him at KGI. He notes the benefit of the experience Torres gained in managing multiple activities.

“KGI requires students to transition from an undergraduate way of looking at the world to a professional way of looking at the world,” says West. “They have to adapt, particularly in terms of meetings and team projects. The fact that Luis was already juggling a lot of things before he came to KGI makes me feel confident he knows how to prioritize, which is essential for academic and professional success.”

Though Torres has cut back on many of the activities that occupied his time as an undergraduate, there is one that he refuses to give up: his music. Torres joined his first band at the age of 13 and started one of his own during high school. He performs the Norteño music of his parents’ native region of Mexico, which focuses on storytelling and features the accordion and a guitar called the bajo sexto, meaning “sixth bass.”

“It’s hard to detach myself from music because it’s so much a part of my identity, and I always want to learn more,” explains Torres, who plays the bajo sexto and also has formal training in traditional and classical music. “It keeps me creative and helps me grow in my Mexican identity.”

These days, Torres doesn’t have a band of his own but instead performs with a variety of groups at community events such as the Los Angeles County Fair. The bajo sexto, which he first played alongside his father, remains important to him—so much so that he chose to feature the guitar’s name on his car’s license plate. Torres has also learned to play the accordion and sings both lead and background vocals.

“It’s a very rewarding hobby that connects me with more people,” he says. “It’s a way to relate to people in the community that I wouldn’t have met without the music.”

Now that he is an MBS student, Torres is also finding connections between his academic program and his music. He notes that project management skills are useful in organizing bandmates and working with performance venues. And he is realizing that his experience interacting with others through music is valuable as he develops the soft skills needed to succeed as a consultant in the bioscience industry.

“The MBS helps with music and vice versa,” says Torres.