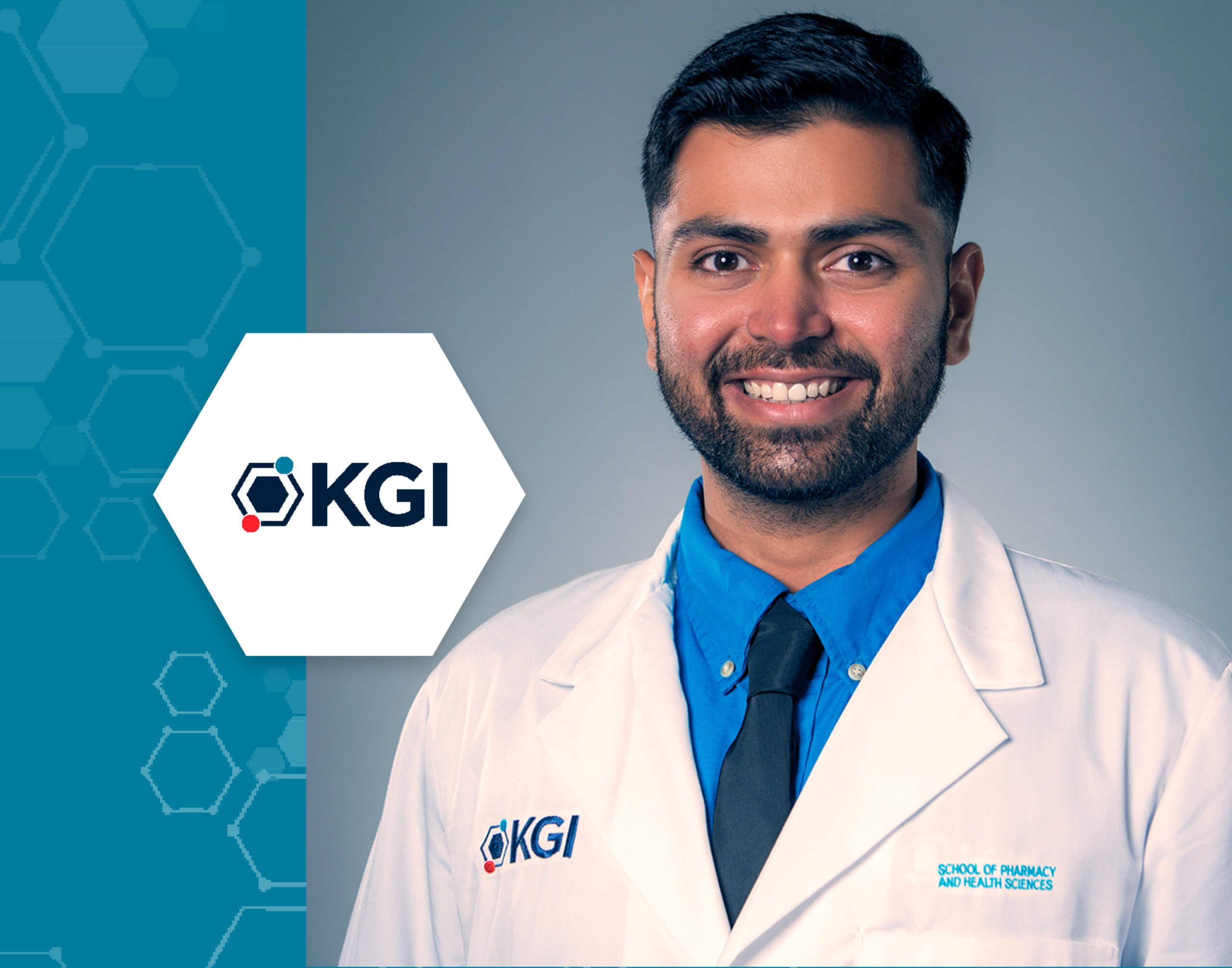 Alcoholism is one of the major contributing factors to liver and pancreatic diseases and a risk factor for neurological conditions such as Alzheimer’s disease (AD). The potential of alcohol in damaging the blood-brain barrier to promote Alzheimer’s disease was the subject of Keck Graduate Institute (KGI) Doctor of Pharmacy (PharmD) student Dharam Amin’s summer research project in KGI Associate Professor of Biopharmaceutical Sciences Dr. Derick Han’s lab as part of the Lee Summer Student Fellowship program.

Amin, PharmD ’25, along with 13 other students across Southern California, received this fellowship from the Southern California Research Center for Alcoholic Liver and Pancreatic Diseases (ALPD) and Cirrhosis. Amin built upon prior research conducted in Han’s lab for the fellowship, culminating in a presentation titled “Impact of alcohol or alcohol metabolites on the Blood Brain Barrier” at the center’s bi-annual meeting in August.

For the research, Amin worked with bEnd.3 cells, which are endothelial cells derived from mice brains, to simulate the blood-brain barrier (BBB) in humans. Endothelial cells form a single cell layer that lines all blood vessels, regulating exchanges between the bloodstream and the surrounding tissues.

“We wanted to explore what happens when you expose all the cells in your blood-brain barrier to large amounts of alcohol over time,” Amin said. “Initially, when your body metabolizes alcohol, it creates a byproduct called acetate. Normally the brain uses glucose as a primary energy source, but acetate can be used as an alternative energy resource, especially by the astrocytes around the nerve cells. But what happens if there is overexposure to acetate? And what is its effect on the blood-brain barrier?”

Additionally, long-term alcohol exposure can cause tight junction protein complexes such as Claudin-5, Occludin, and ZO1—which maintain the integrity of the BBB, blocking harmful substances from reaching your brain—to become weaker and looser.

Overall, this leads to structural loss of the BBB, disrupting the central nervous system (CNS) homeostasis maintained by the BBB. Eventually, amyloid-beta (Aβ), which is responsible for the plaques in the brain associated with AD, can enter the brain due to faulty BBB regulation.

In the lab, Amin cultured a bEnd.3 cell line, exposing the cells to acetate for 24 hours. They compared how the cells responded to different levels of acetate—1 mmol, 2.5 mmol, and 5 mmol—to gauge the potential impacts of light and heavy drinking on mitochondria and the BBB.

“We initially cultured the cells in a high glucose media because that’s how the company manufactures it,” Amin said. “But we also wanted to examine cells subjected to more of a physiological condition that would realistically exist in a human being.”

Thus, they created a separate, low-glucose media to simulate a human body. They assessed the effects of acetate on cells using an MTT cell viability assay, which measures cellular metabolic activity as an indicator of cell viability, proliferation, and cytotoxicity.

“This means that the acetate’s subjection to the low-glucose, or human physiological conditions, showed increased metabolic reprogramming, which is a fancy way of saying the cells work harder just to get by,” Amin said.

The results confirmed their hypothesis that acetate exposure weakened the tight junction protein complexes, which block harmful substances from crossing the BBB and entering the brain. They plan to continue exploring the impact of alcohol on these proteins in further research.

Han is proud of Amin for securing this fellowship in the first place, as it is very competitive, and for his dedication to the project throughout the summer.

“He’s a hard worker and didn’t take any time off until after the fellowship,” Han said.

“We were presenting in front of many professors from big schools like USC, UC San Diego, and UCLA, and we wanted to make a good impression, especially since we were the only ones representing KGI. I think he gave an excellent talk.”

Amin feels that the knowledge gained through this research has enhanced his work as an intern pharmacist at the Pomona Valley Hospital.

“We encounter many patients each day, and in many of the conditions we treat, alcohol plays a role,” Amin said. “In the future, I see myself exploring treatment options—whether through clinical trials or working with pre-existing clinical data—from a pharmacoeconomics perspective to determine the most cost-effective treatment options with the best health outcomes.”

Amin extends his appreciation to Han, University of La Verne Professor Dr. Jerome Garcia, and everyone who helped him during the project.

“Jason Halfen helped me with the groundwork,” Amin said. “Ross Steinberg has been a great mentor throughout this process. Also, the whole lab group, including Frankey Sanchez and Elias Khal, has always been beneficial. I’m very proud to be involved with this research and to have this opportunity.”