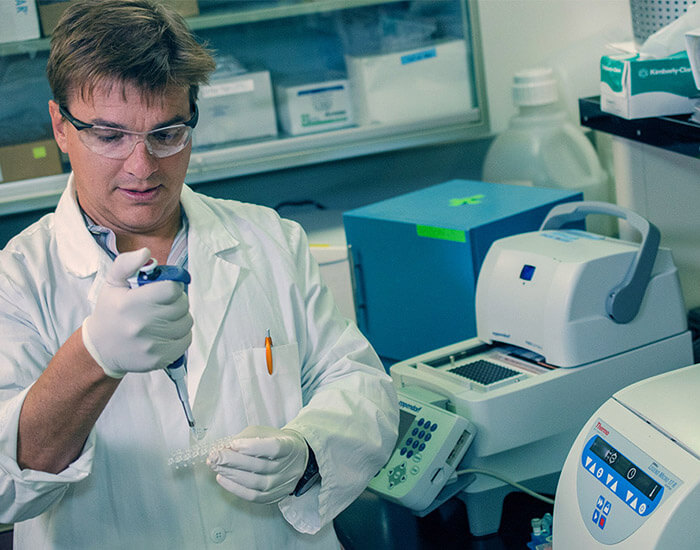 When it comes to the heart, zebrafish have a clear advantage over humans. While heart disease in humans and other higher vertebrates often leads to death or disability, zebrafish can repair their own damaged or injured hearts by regenerating cardiac muscle cells. But what if humans could be more like zebrafish?

That idea is not as far-fetched as it may seem. As Keck Graduate Institute (KGI) Assistant Professor of Biopharmaceutical Sciences in the School of Pharmacy Alexander Zambon explains, the cellular “parts list” that controls the regeneration process is found in all humans. What’s missing is the ability of the parts to work together properly to trigger cardiac repair after injury.

A recent discovery by Zambon and a multi-university team of researchers brings that possibility closer to reality. They studied the heart’s development in higher vertebrates during the perinatal period to understand how the repair process occurs naturally at this time. During development, the human heart creates new muscle cells using cell division-just as the zebrafish does to regenerate these cells after injury.

The research led them to find that a low-oxygen environment-one with an oxygen level of 3 percent- or moderate hypoxia-stimulates a well-known signaling pathway often seen in proliferating tumor cells. This pathway is controlled by the hypoxia inducible factor (HIF) gene.

“Our results were clear: blocking the HIF pathway halted the ability of the cardiac muscle cells to divide, while activating the pathway by growing cells in low oxygen enabled them to divide,” Zambon says. “For many years, many researchers have studied how cardiac muscle cells divide, and everyone was doing this at room oxygen levels. But room oxygen is a powerful signal that tells cells to stop dividing. We discovered that moderate hypoxia can drive the process and maintain the ability of cells to keep dividing outside the heart, where we can study them.”

Zambon is the senior author of a paper describing the research, which incorporated computational biology approaches and bioinformatics as well as testing in the lab. Titled “HIF1a Represses Cell Stress Pathways to Allow Proliferation of Hypoxic Fetal Cardiomyocytes,” the paper will be published in Developmental Cell, a journal focused on results of great significance in cell and developmental biology.

The new knowledge Zambon and the other researchers uncovered could be used to identify drug therapies and/or genes with the potential to trigger the cell proliferation process in humans with damaged or injured hearts. Their methods could also be critical to providing enough cardiac muscle cells primed for transplantation into hearts that have areas of both low and no oxygen caused by damage to the organ.

“The long-term goal is to find out how to rewire cardiac muscle cells so they can regenerate the damaged human heart. We’re not there yet, but we’re closer,” Zambon says. “We also want to help move forward studies to enable adult muscle cells to regenerate and divide. That’s where the real impact will be made.”