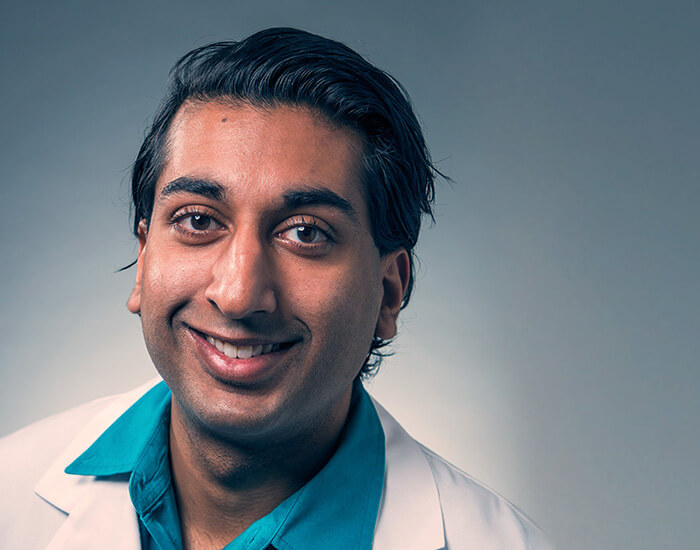 The Food and Drug Administration (FDA) selected Keck Graduate Institute (KGI) student Sunny Patel for its Pharmacy Student Experiential Program (PSEP) with a rotation in the Office of Program and Regulatory Affairs. Patel will travel to Silver Spring, Maryland, for the rotation starting September 25, 2017, and ending November 3, 2017.

According to the FDA website, the FDA PSEP “offers unpaid training opportunities to eligible pharmacy students. This experience is part of the pharmacy students’ academic curriculum to develop their professional skills. The FDA PSEP provides an opportunity to learn about the FDA’s multidisciplinary processes for addressing public health issues involving drugs, biologics, and medical devices.”

Patel applied for the program after learning about it from Professor Andrea Cooper, KGI’s assistant dean for pharmacy and industry relations. “For the application, each applicant had to choose three FDA offices to apply to,” said Patel. “One of the ones I chose was the Center for Drug Evaluation and Research’s Office of Program and Regulatory Affairs. I was interested in this office after taking Professor Bain’s Quality Assurance class.”

Patel grew up in New Jersey and received his undergraduate degree in chemistry from the University of Richmond, in Virginia. He said he chose to study chemistry because it engaged him, but he did not always see himself as a pharmacist.

Although Patel’s own father was a pharmacist, it was not until his undergrad experiences that he became serious about pharmacy. “During my summers while in undergrad and for a year after graduating, I worked at an independent pharmacy in Bronx, New York,” he said. “I learned a lot there and felt an appreciation for pharmacy that I didn’t have growing up. I soon saw myself becoming a pharmacist and began seriously looking at pharmacy schools.”

The apple was not falling far from the tree—with a twist. “At that time, I knew I had wanted to take a nontraditional route in pharmacy and working in industry looked appealing even though I didn’t know much about it,” said Patel. He would follow in his father’s footsteps, but take a turn toward industry.

KGI became a contender for Patel with its newly introduced School of Pharmacy. “I felt that, in a world where every profession was becoming more and more specialized, a certificate in one of the concentrations that KGI provided would be beneficial,” he said. “What really sold me on KGI was the certificates they offered, as well as how closely tied the master’s program was to industry.”

When asked about future aspirations, Patel said, “I see myself working in Regulatory Affairs.” The FDA PSEP is invaluable to this goal. “Being able to spend six weeks at the FDA and learning from the regulatory body that has total say in a drug’s approval and discontinuation from the market would provide me with invaluable experience for my career goal of working in regulatory affairs and maybe one day for the FDA,” he said.

Being accepted into the FDA PSEP provides Patel validation. “As a student, I have been working hard to maintain my academic excellence and my involvement in extracurricular activities; from being part of various organizations to auditing a TMP have paid off,” he said.

However, Patel is not yet resting on his laurels. “I also know that my hardest challenge is ahead of me, the FDA PSEP,” he said. Colleagues who have participated in the FDA PSEP tell him it is extremely challenging, but well worth the hard work.