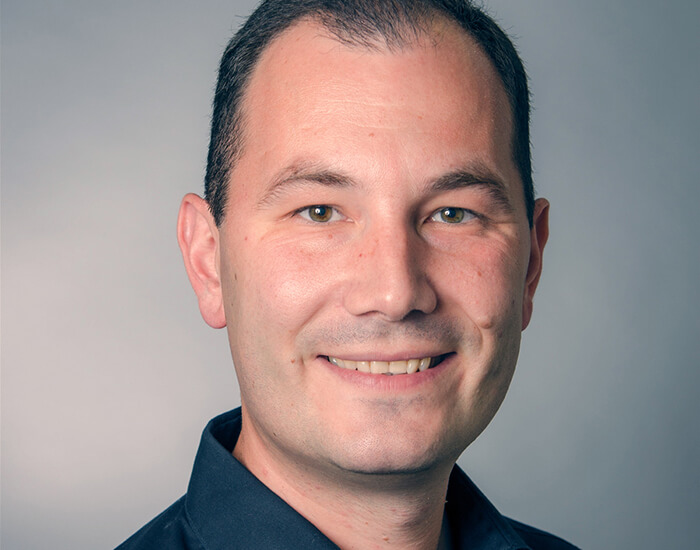 A new host-based therapy for Ebola, anthrax, and other deadly infectious diseases has been discovered by researchers at the Keck Graduate Institute and its collaborators. The discovery has the potential to speed to market treatments for previously untreatable diseases.

The findings were published online on August 27 by Scientific Reports, an open access research journal from the publishers of Nature.

The lead authors of the story were Leoor Zilberminitz and William Leonardi, doctoral students in KGI laboratory of assistant professor Mikhail Martchenko Shilman. The researchers screened a library of 1,581 drugs previously approved by the FDA for in vitro protection of mammalian cells against Bacillus anthracis lethal toxin and diphtheria toxin, which normally kill 50-70% of unprotected cells. They then investigated the 1% most promising compounds that both provided the best protection against the two toxins and were not toxic to uninfected cells.

The scientists found success with Amodiaquine (AQ), a drug on the World Health Organization’s Model List of Essential Medicines, which has been used in Africa and Asia to treat and prevent malaria since it was discovered by Joseph Burckhalter of Parke-Davis in 1944. Working with researchers at Stanford University School of Medicine and UCLA, they established that AQ blocks the mammalian pathway that allows multiple fatal pathogens to invade the cytoplasm and induce cell death. The researchers established that AQ works by binding to and inhibiting the activity of the host’s cathepsin B protein, and blocking pathogens that exit endosomes by exploiting that protein. The group then discovered that AQ inhibits the toxin of another important bacterial pathogen, Clostridium difficile, which exploits the same entry mechanism.

“Host-based therapies have the potential to block multiple pathogens without their developing drug resistance,” said Martchenko. “Developing host therapies by repurposing existing compounds allows us to leverage decades of safety data to accelerate time to market.”

Meanwhile, collaborators at the U.S. Army Medical Research Institute of Infectious Diseases at Ft. Detrick, Maryland demonstrated that AQ and its long-lasting metabolite inhibited viral propagation in Ebola-infected HeLa cells when administered 24 hours and 48 hours after infection. (AQ was previously screened by USAMRIID for protection against Ebola virus, but this paper is the first to establish the host-based mechanism of protection). In addition, scientists at USAMRIID demonstrated that AQ inhibits pathogenicity of two other deadly viruses, Junin and Chikungunya.

The compound also demonstrated in vivo efficacy against exposure to both LF and PA anthrax toxins. Rats treated with AQ survived for 14 days, while untreated rats all died within 90 minutes of exposure.

Commenting on this research Arthur M. Friedlander, M.D., Senior Scientist, USAMRIID said, “This work represents an excellent example of the rational use of high-throughput screens using FDA approved drugs against a wide variety of some of the most serious human bacterial and viral infections. AQ, the drug identified, being already licensed, can be repurposed much more quickly for human use as was demonstrated by showing it has some effect in treating Ebola patients. It has also been shown to be effective against anthrax lethal toxin and it will be important to determine its effectiveness against the anthrax infection. Importantly, the mechanism of action of AQ and its host target was very clearly identified, confirming the importance of this target and suggesting that it may be used to identify additional effective drugs.”

In response to the KGI discovery, the WHO reports that Médecins Sans Frontiéres has seen reduced mortality rates for Ebola patients treated with an AQ-combination malarial drug when its clinic in Liberia switched from another antimalarial drug.Read the paper, Identification of agents effective against multiple toxins and viruses by host-oriented cell targeting article, http://www.nature.com/articles/srep13476#methods.

For more information about the Keck Graduate Institute, visit http://www.kgi.edu/.