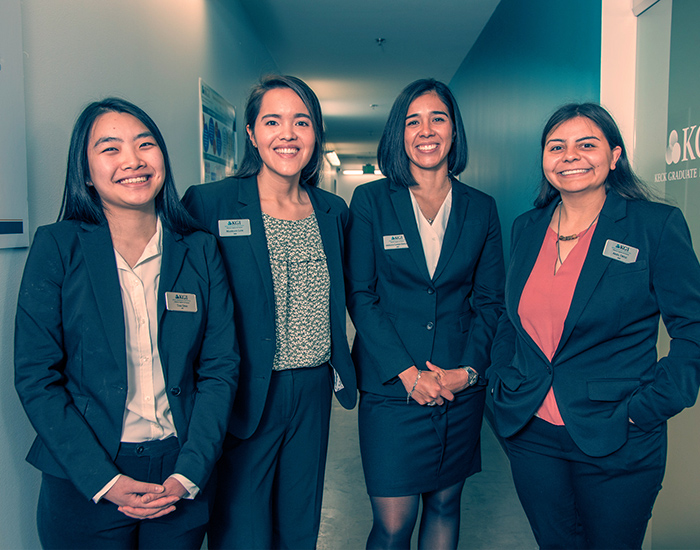 The findings of a Keck Graduate Institute (KGI) Team Master’s Project (TMP) from the 2017-18 school year have been published in the December 6, 2018 edition of the Drug Information Association’s Journal Therapeutic Innovation & Regulatory Science.

The Team Master’s Project was titled “Artificial Intelligence and Advanced Technologies for Regulatory Intelligence” and was conducted in conjunction with global pharmaceutical company Eli Lilly and Company.

“Artificial intelligence (AI) has already made key contributions in the banking, auto, and legal industries, but AI application in the biotechnology industry is still in its infancy because of regulatory concerns,” said KGI professor of practice and team faculty advisor Rajesh Parti.

“This TMP project revealed that the biotechnology industry is interested in AI and is already investing in exploratory studies to evaluate the application of AI in the area of Regulatory Intelligence,” concluded Parti.

“We were thrilled to hear that our article was accepted in Therapeutic Innovations & Regulatory Science,” said Mayer. “Based on this publication, the TMP project results have been widely circulated and are now part of the preliminary literature on the promise that AI holds for regulatory intelligence.”

The TMP at KGI is a degree requirement for several degree programs in the Henry E. Riggs School of Applied Life Sciences. The TMP provides students an opportunity to tackle real-life industry problems or opportunities as, essentially, a consulting team for a company. Learn more about KGI’s Team Master’s Project by visiting kgi.edu/tmp.