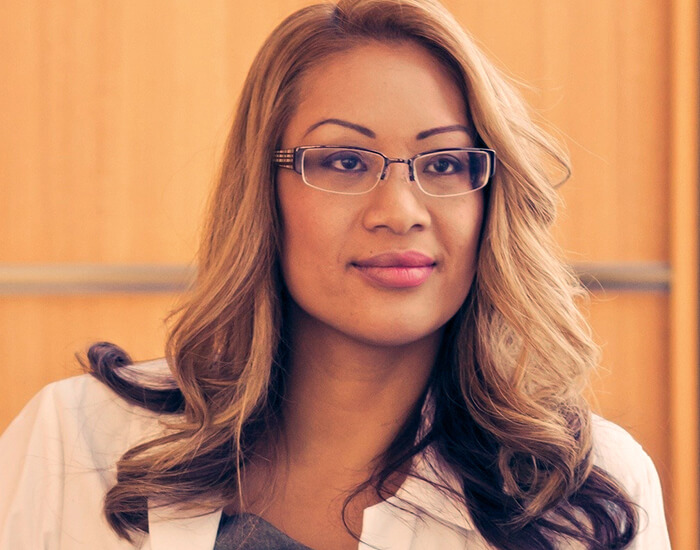 KGI alumna Lonnissa Nguyen, PhD, RAC, who completed the Bioscience Management Certificate in 2013, contributed to the recent U.S. Food and Drug Administration’s 510(k) clearance to market the SynePureTMWound Cleanser (K143444), a product developed by Synedgen, Inc. A bio-pharmaceutical company based in Claremont, CA, Synedgen Inc. is committed to developing novel therapies and products that reduce inflammation and infection at dermal, oral, mucosal, pulmonary and ophthalmic surfaces.

The SynePureTM Wound Cleanser (K143444) is intended for the cleansing and rinsing of dermal wounds such as pressure ulcers, stasis ulcers, diabetic ulcers, foot ulcers, post-surgical wounds, first and second degree burns, cuts, abrasions and minor irritations of the skin. It is also designed to provide immediate and effective irrigation of wounds following injury and could become part of the first aid kit carried by all U.S. soldiers.

As the Regulatory Affairs Manager at Synedgen, Inc. Lonnissa played an important role in getting clearance for the SynePureTMWound Cleanser (K143444) from the FDA for the U.S. market.

In discussing her specific contributions to the project, Lonnissa said, “I led the team in our response to the FDA’s questions and concerns, communicated with the FDA, kept the appropriate timeline, liaised with consultants, complied and published the necessary documents and contributed to the document content.”

Reflecting on her current success, Lonnissa said effective communication and team collaboration are two vital skills she learned through the education she received at KGI. She also found the connection to industry an invaluable resource. “The best thing about KGI is its network of industry contacts. I met the Senior Vice President of Regulatory Affairs at Amgen during one of the seminars and he helped me land a position within the Regulatory department at Amgen. My Amgen experience helped kick start my career in regulatory affairs.”

Building on this, Lonnissa notes that KGI has been the catalyst to her professional success. The experience she gained while in the Bioscience Management Certificate program allowed her to gain meaningful industry experience that has led to career fulfillment. “I love what I do because unlike pure discovery research I am directly involved in getting therapies to patients. The work that I do translates into creating a positive impact in society with real world applications. We are not just exploring an idea to help people but we are actually making it happen by making tangible medical products available to the patients that need them.”

This wound rinse has implications for a large positive impact in that it was designed to be a valuable tool for U.S. soldiers in combat. The Defense Advanced Research Projects Agency (DARPA) funded the development of the SynePureTM Wound Cleanser with the goal of meeting the immense challenges of cleansing deep, dirty and complicated wounds often incurred by U.S. soldiers in combat. These wounds are frequently full of debris and contaminated, and if not cleansed early, can lead to significant complications such as wound sepsis and failure of the wounds to heal properly. The wound cleanser has a wider scope as it is also suitable for hospital and emergency care use with clearance for both single and multiple use bottles.

Offering advice to current and prospective KGI students, Lonnissa said she would tell them to never quit. “It will be hard and there will be a lot of failure before there is success. As long as you keep on trying you’ll get to where you want to be eventually. Mind over matter.”