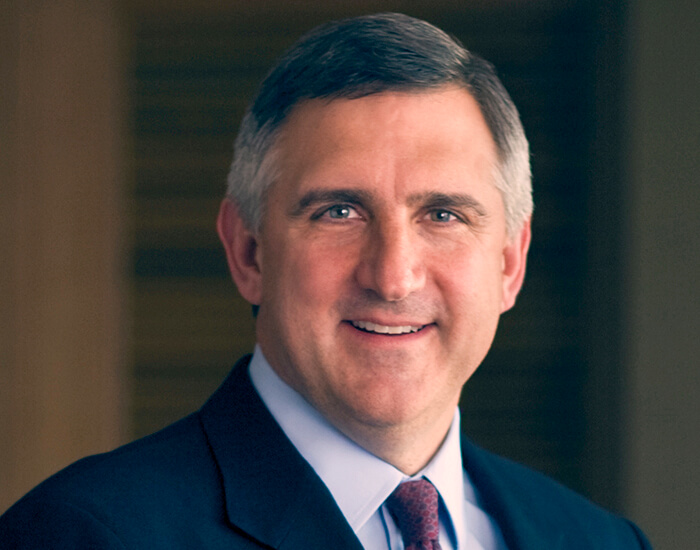 Amgen CEO Robert A. Bradway to Serve as 2016 Commencement Speaker

Robert A. Bradway, chairman and chief executive officer at Amgen, will be the keynote speaker at Keck Graduate Institute’s 15th annual commencement ceremony on May 14, 2016.

Mr. Bradway joined Amgen in 2006 as vice president, operations strategy, and served as executive vice president and chief financial officer from April 2007 to May 2010. In October 2011, he was appointed to the Amgen Board of Directors and served as the company’s president and chief operating officer from May 2010 to May 2012. He became chief executive officer in May 2012 and chairman in January 2013.

Reflecting on serving as this year’s keynote speaker, Mr. Bradway said, “I’m enthusiastic about joining the students, faculty and administration at Keck Graduate Institute for the upcoming KGI 15th graduation ceremony. Amgen and KGI share a deep belief in the power of science to transform medicine, and we’re both committed to developing talented life sciences leaders and helping them reach their potential. This alignment is evidenced by the many close ongoing relationships and partnerships between Amgen and KGI over the years.”

Prior to joining Amgen, Mr. Bradway was a managing director at Morgan Stanley in London, where, beginning in 2001, he was responsible for the firm’s banking department and corporate finance activities in Europe. In 1985, he joined Morgan Stanley in New York as a healthcare industry investment banker and moved to London in 1990.

Mr. Bradway is a member of the board of directors of Norfolk Southern Corporation and serves on its audit and governance committees. He is a member of the board of trustees at the University of Southern California (USC) and is on the advisory board of the Leonard D. Schaeffer Center for Health Policy and Economics at USC. He is chairman of the CEO Roundtable on Cancer, a non-profit organization composed of executives and founded to bring solutions to cancer treatment and prevention.

Mr. Bradway holds a bachelor’s degree in biology from Amherst College and a master’s degree in business administration from Harvard University.

Commencement 2016 will take place Saturday, May 14, on the East Lawn of KGI’s campus in Claremont, California. An estimated 176 students are expected to participate in this year’s event.