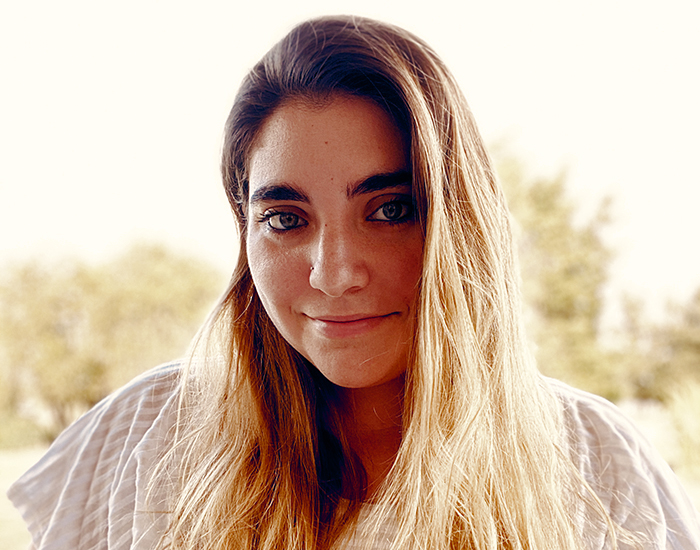 For many students, transitioning to all-online classes—especially for fields of study that are typically more lab-oriented—was a significant adjustment. However, for Tali Kiperman, MSTM ’22, taking online classes for her first year at Keck Graduate Institute (KGI) gave her a considerable advantage as an international student from Argentina who was still mastering English.

“Before starting at KGI, one of my biggest fears was the language because, in Argentina, Spanish is the main language,” Kiperman said. “I speak English and successfully passed my proficiency test, but it’s not the same as being in a class with everybody who speaks English as their main language. But because the classes were recorded on Zoom, I could watch them slowly, and if I missed something, I could rewind.”

This helped her both when it came to learning the course material and the language. Now, Kiperman is better equipped for her second year in KGI’s Master of Science in Translational Medicine (MSTM) program as more classes will be held in person.

Kiperman was initially drawn to the MSTM program because it drew upon her passion for cancer research, specifically leukemia. She already had some experience in leukemia research as an undergraduate in Argentina. Still, she felt that she lacked the resources that would allow her to explore all the potential solutions fully.

“Argentina has outstanding researchers and great minds, but there’s not much money for research, which makes things difficult,” Kiperman said. “So, I was looking for another place where the money would not be an issue when it comes to solving our biggest questions and problems. That’s why I decided to pursue my master’s outside the country.”

The MSTM program combines KGI’s academic expertise with City of Hope’s state-of-the-art tools and facilities, providing students with applied research experience and an in-depth understanding of translating basic research into medical products. So far, Kiperman has had a great experience in the program.

“It’s been amazing to have faculty members who are knowledgeable about what’s going on behind the scenes in the industry,” Kiperman said.

“Every professor is top-of-the-line. They know so many things beyond what they are teaching in their lectures.”

In particular, Kiperman has enjoyed her classes with Professor of Practice in Translational Medicine Dr. Anastasia Levitin and Professor Dr. Animesh Ray in Advanced Biotechnology and Molecular Biotechnology.

“Dr. Levitin is an excellent professor and explains everything well,” Kiperman said. “Dr. Ray is amazing as well. I appreciate how he’ll go back to a difficult concept and try to explain it differently, so it’s easier to understand. Some of these concepts are challenging, especially when we’re discussing new discoveries. But he makes it interesting.”

After completing the MSTM program, Kiperman plans to pursue her PhD to prepare for a research career. She hopes to eventually have her own lab where she can continue to conduct cancer research.

“Tali started her graduate journey during the pandemic and has remained poised and driven through it all,” Admissions and International Student Advisor Catharyne Magro said. “I am excited to see her growth throughout the next year of her program as she moves towards graduation.”