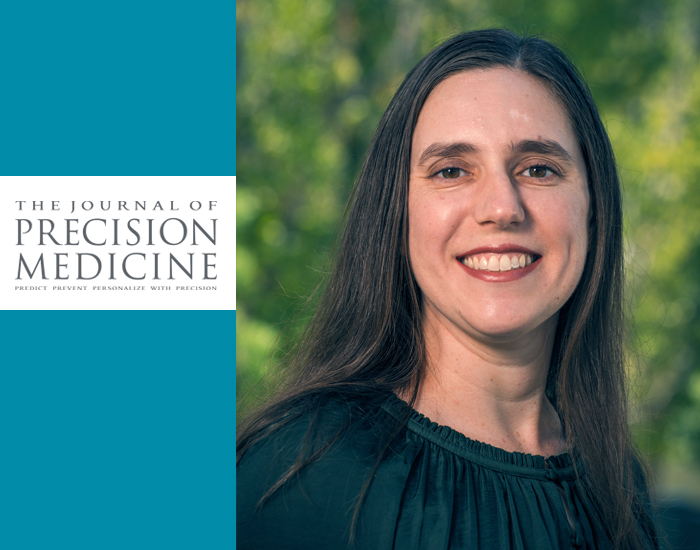 Barbara Fortini Co-Authors Article in The Journal of Precision Medicine

This article originally appeared in the August 2019 issue of The Journal of Precision Medicine. It was co-authored by Mark Kiel of Genomenon, Inc.

How Education is Catching Up with Genomics

In 2017, while the world was becoming increasingly dominated by vast amounts of genomic data, genetics education programs in the US were quickly becoming at risk of being left behind. To unlock the full potential of precision medicine, educators came to realize that a new breed of geneticist was required – one that could understand and analyze this seemingly boundless information. Genomic data has been hyper-proliferating in research labs and clinics since the Human Genome Project and the subsequent precipitous drop in sequencing costs. As a result, the most critical need shifted to training a workforce fluent in analytic and computational techniques for genomic data.

The Promise of Precision Medicine: From Possible to Practical

The goal of the Human Genome Project (HGP) was ambitious and exciting – “to provide researchers with powerful tools to understand the genetic factors in human disease, paving the way for new strategies for their diagnosis, treatment and prevention.” Taking over a decade to complete and with a price tag over $3 billion, the monumental accomplishment of the HGP to sequence and map the genes within the genome made precision medicine possible in the genomics era.

With the first draft human genome complete, geneticists set their sights on a new goal – the $1,000 genome ($1KG). Scientists and physicians understood that making genome sequencing routine in the clinic would facilitate a powerful new diagnostic technique and enable the development of targeted therapeutics. Illumina met the goal in 2014 when they began offering whole genome sequencing for just $1,000. By 2017, DNA tests were available for over 10,000 conditions, and research studies with genetic content were being published at an estimated rate of over 500,000 new studies per year. The promise of precision medicine had been made possible by the HGP and plausible by the $1KG, but what could make it practical?

To read the full article, visit The Journal of Precision Medicine’s website.