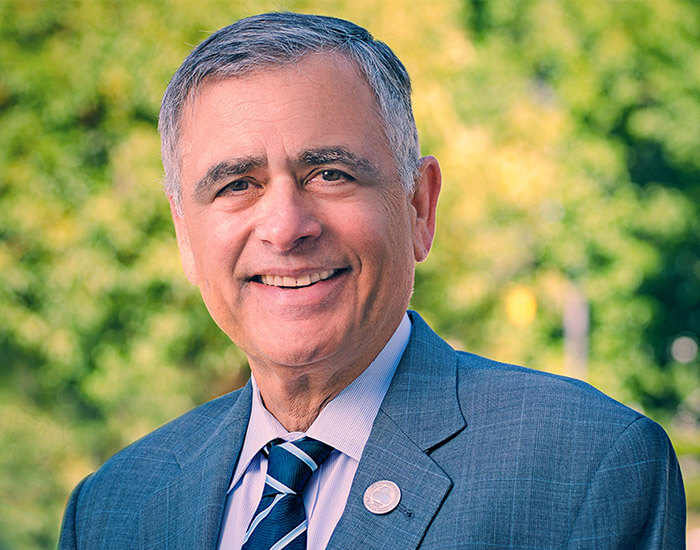 Board of Trustees Extends Contract for KGI President Sheldon Schuster

The Keck Graduate Institute (KGI) Board of Trustees has unanimously approved an extension of KGI President Sheldon Schuster’s employment for five years, through June 2022.

“President Schuster provides forward-thinking, visionary leadership that an institution needs to develop,” said Robert E. Curry, chairman of the Board of Trustees. “We have accomplished a tremendous amount during his 13 years, and President Schuster embodies the characteristics of KGI with an entrepreneurial attitude and student-focused mindset.

“Enrollment has grown from 45 in 2003 to more than 560 students in the upcoming 2017-2018 academic year. KGI alumni serve as leaders within the bioscience and healthcare industries, and the efforts of the KGI faculty members, staff, and President Schuster have played a key role in those achievements. Now, in the 20th year of the Institute, the current student population is poised to write a new chapter.”

Schuster is the second president in KGI’s history, and he is now the longest-tenured president among the seven institutions within the Claremont University Consortium. On July 15, 2003, Schuster succeeded Founding President Henry “Hank” Riggs.

“I am incredibly honored to receive the support of the Board of Trustees, students, faculty, and staff,” said Schuster, who began his career at the University of Nebraska teaching chemistry and biology. “Our community is passionate about student success, and I am proud that we have created so many opportunities for alumni to enter industry and thrive.”

“The initial approach of this institution led to innovative degree programs that involve team-based, hands-on, and real-world curriculum,” Schuster said. “That vision is alive today, and it’s incredibly unique and special.”

KGI’s 16th annual commencement in May increased the alumni population above 1,000. The next commencement ceremony in 2018 will occur in the final stages of the 20th Anniversary and will feature the School of Pharmacy’s first graduating class.