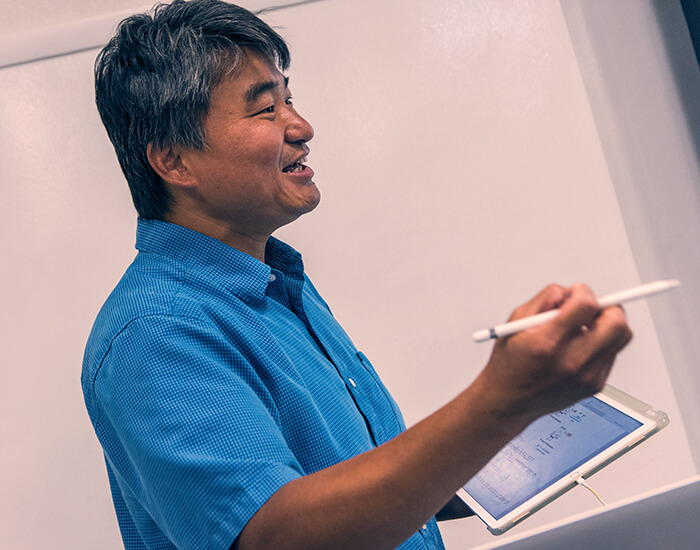 Since the 1980s, most studies have found that alcohol has a negative effect on mitochondria in the liver. But Keck Graduate Institute (KGI) Associate Professor Derick Han’s recent research using other parameters and a variety of models suggested a different impact: Mitochondria, the organelles referred to as the powerhouse of the cell, improve their ability to adapt to the stress of alcohol intake on the liver.

“In the short term, it gets better, which is really surprising,” says Han, who is an associate professor of biopharmaceutical sciences in the KGI School of Pharmacy and Health Sciences (SPHS). “It was 25 to 80 percent better in some cases.”

Now Han has received a new two-year R21 grant from the National Institutes of Health (NIH) to build on this research. He is the principal investigator on a study that will look at the signaling pathways that regulate mitochondria adaptation and seek to better understand its role in alcoholic liver disease.

Han has been focused on mitochondrial remodeling in the liver caused by metabolic stress since his time as a postdoctoral researcher and assistant professor of research medicine at the Keck School of Medicine at the University of Southern California (USC). He was the recipient of USC’s Research Center for Liver Diseases Pilot Project Award and previous NIH research funding.

Han conducted earlier research into the effects of obesity on liver mitochondria that was published in the FEBS Letters scientific journal. He also teaches SPHS students about metabolism.

“Eating too much or drinking too much will cause too much fat in the liver,” Han says. “With the obesity epidemic in this country, one of the main consequences is fatty liver disease. It’s skyrocketing. We want to figure out which signaling pathways are important to helping the liver adapt. Ultimately, we want to understand liver disease and help people.”