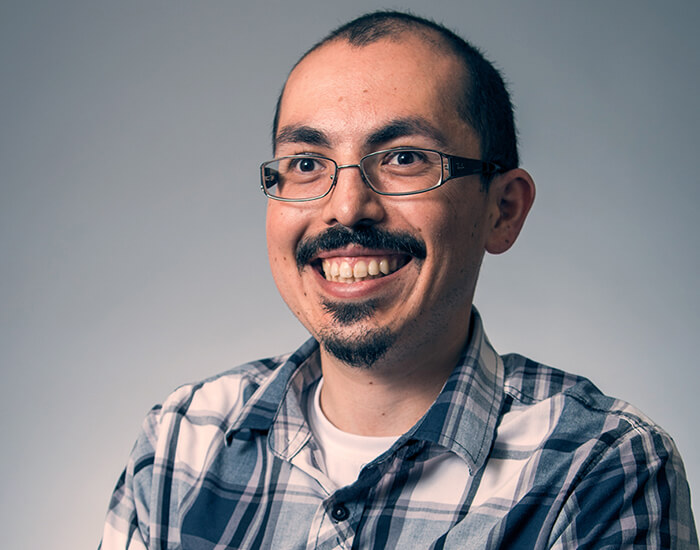 When Edward Brito first heard about the Master of Bioscience (MBS) degree at Keck Graduate Institute (KGI), he was stunned. He couldn’t believe there was a program that matched up so well with his interests.

Brito, who earned his B.S. in biochemistry at the University of California, Riverside, had stumbled upon KGI while investigating other graduate programs. He says, “I’d thought I’d get a PhD and maybe do an MBA on the side and then try to put the two together.”

At the time, Brito envisioned a career in research. He had developed a passion for science while in high school and a particular interest in viruses as an undergraduate. But once Brito discovered KGI, the MBS and consulting—possibly even starting his own company focused on gene therapy—became new options.

This isn’t the first time Brito’s future has taken an unexpected direction. Growing up in a family of immigrants in Orange County and strongly influenced by his father, Brito was determined at a young age to go to college. He recalls, “When I was 10, I had a 10-year plan. I was really hard working. I wanted the option of college, but I never took it for granted.”

Yet Brito ended up deciding to join the U.S. Army Reserves before reaching his 18th birthday. He became a medic and eventually was deployed to Kuwait. Brito explains, “I was conscious of wanting to help people. With all the chaos of war and death of my countrymen, I couldn’t just go to school.”

Prior to his departure for Kuwait, Brito had begun his college education at Riverside Community College. But he wouldn’t be able to complete his associate’s degree and transfer to a bachelor’s program until six years had passed. Brito says, “When I was in the desert, I was the furthest from my dreams as possible. I was a medic, so I was thinking about science in a way, but I was cut off from my goals. It made me appreciate them so much more when I came back.”

Now in his first year of the MBS program, Brito is equally appreciative of what he has found at KGI. He says, “You learn a lot of practical material, and that’s why I love this school. There’s a business component and a science component. But the culture is the best part. It’s a small, close-knit community, and I’m with like-minded people. If you want to work in the pharmaceutical industry or on groundbreaking discoveries, this is a great starting point.”