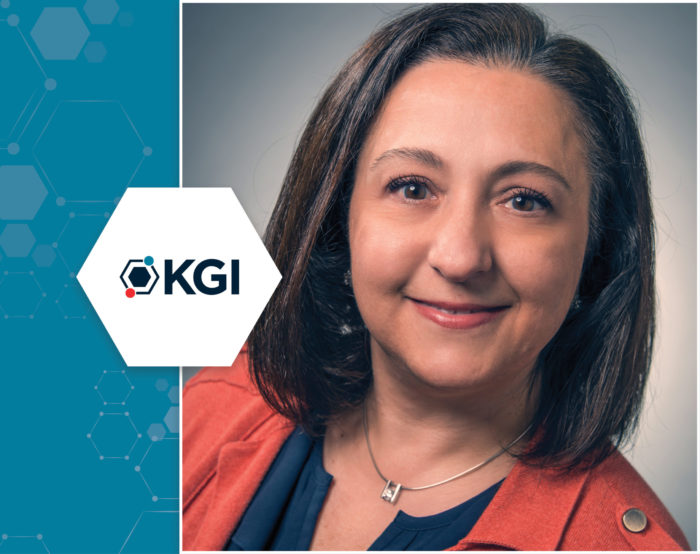 Dr. Talia Puzantian, Professor of Clinical Sciences for Keck Graduate Institute (KGI)’s School of Pharmacy and Health Sciences (SPHS), co-authored the study Availability of buprenorphine/naloxone films and naloxone nasal spray in community pharmacies in 11 U.S. states, which was recently published in Drug and Alcohol Dependence. Now, this publication has been cited in Time. The Time article highlights that buprenorphine, one of the most successful treatments for opioid dependence, is challenging to obtain in most pharmacies across the country.

Drug overdose deaths are at an all-time high, with more than 107,000 deaths in 2021. More than 80,000 deaths involved opioids, predominantly due to increased synthetic opioids such as fentanyl in the drug supply.

“At the same time, we have a very safe and effective medication to treat opioid use disorder, which we know would decrease overdose deaths,” Puzantian said.

However, fewer than 10% of physicians can prescribe buprenorphine due to regulatory and legislative barriers. Beyond this, more barriers exist for patients.

“At the moment someone is fortunate enough to get this prescription—which is difficult to get—it should be available to start immediately, instead of patients having to wait two days for the pharmacy to order it or run around to several pharmacies to find one that does carry it,” Puzantian said. “The risk of not starting it in a timely way could mean relapse or overdose.”

The study, led by Lucas Hill of the University of Texas and conducted by Puzantian and other colleagues, used a secret shopper telephone audit to collect data from nearly 5,000 pharmacies in 11 U.S. states from May 2020 to April 2021.

They found that buprenorphine was readily available in less than half of these pharmacies. California had the lowest availability, with only 31% of pharmacies carrying it.

The researchers are not sure why the number for California is so low, but they do acknowledge the shortcomings of doing a telephone survey.

“A large number of pharmacies have been victimized for robberies of controlled substances,” Puzantian said. “So many pharmacies have a policy to not say on the phone whether or not they stock something. But we felt that showing up to a pharmacy posing as someone with a prescription had some legal issues. So the best we could do to determine availability was through the phone call method.”

The study also found that naloxone nasal spray (NNS) availability ranged from 46.3–88.2% across these 11 states. NNS is used in the case of opioid overdose and works as an antagonist, blocking the effects of opiates.

On the other hand, buprenorphine—commonly dispensed as Suboxone (a combination of buprenorphine and naloxone)—is used to decrease opioid dependence and thus prevent overdoses. It has been shown in several studies to reduce overdose deaths by 60% while also increasing abstinence from opioids and helping people stay in treatment.

Unlike methadone, buprenorphine can be legally prescribed outside an opioid treatment program. It is also preferred over naltrexone, another opioid treatment because patients don’t need to detox before starting treatment.

Despite its efficacy, it’s been tightly regulated since it was first approved for opioid use disorder 20 years ago—partly because buprenorphine itself is an opioid and has potential for abuse. However, due to its pharmacology, it is a less abusable form of opioid than other prescription drugs such as morphine or oxycontin.

“It’s what we call a partial agonist,” Puzantian said. “The other ones are agonists, which light up the opioid receptors in your brain. Buprenorphine is almost like Goldilocks in that you get the effects of the opioids, but it stops at a certain point, so you don’t get the euphoria that contributes to misuse, and it’s much less likely to lead to overdose.”

However, physicians must still get a special waiver from the U.S. Drug Enforcement Administration (DEA) to prescribe it. Currently, the Mainstreaming Addiction Treatment (MAT) Act bill, which would eliminate that requirement, just passed the House and will soon go in front of the Senate.

“We still have a long way to go because there are other issues at play such as access to healthcare for patients with substance use disorders due to stigma,” Puzantian said. “But eliminating that waiver will help make buprenorphine more available.”

Another reason pharmacies may not carry buprenorphine is because they fear attracting attention from the DEA.

“If you’re a pharmacy and you’re dispensing a lot of controlled substances, that could create a red flag for a DEA investigation,” Puzantian said. “But the buprenorphine shouldn’t be a part of that because the buprenorphine is not the problem; it is the solution.”

Pharmacists still confuse buprenorphine because of its classification as an opioid and the fact that it often gets entangled with other DEA requirements.

“Many pharmacists simply don’t want to deal with it,” Puzantian said. “So the patients suffer as a consequence.”

Therefore, legislation is needed to remove some of these barriers for patients and thus help reduce opioid dependence and overdose deaths. The MAT Act is a step in the right direction. Additionally, healthcare workers need more education to know more about the benefits of drugs such as buprenorphine. Finally, attention from popular media outlets such as Time sheds light on the issue of addiction while also reducing the stigma.