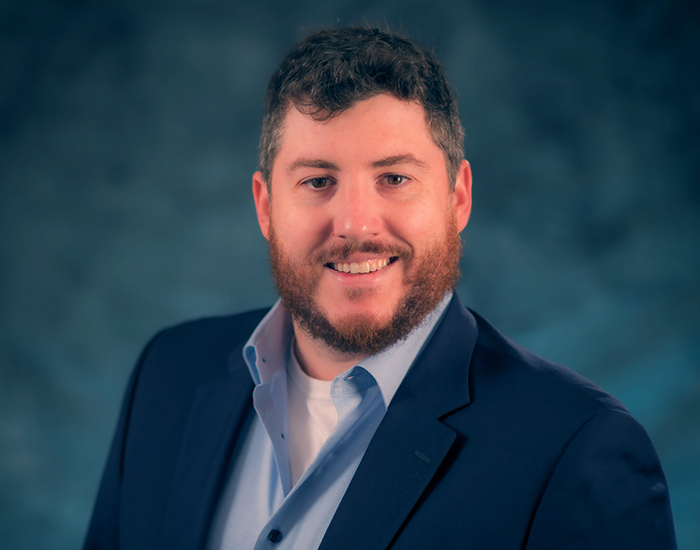 Robert Rankin, MBS ’09, has recently embarked on a new adventure. After relocating from the Bay Area to Amsterdam in August 2020, his bioinformatics software startup, ConnextBio, has exited beta. He attributes his interesting career trajectory to his experience in Keck Graduate Institute (KGI)’s Master of Business and Science (MBS) program.

Even though Rankin graduated in the immediate aftermath of the 2008 financial crisis, he believes that not only was KGI worth his investment but that his education enabled him to navigate the challenges of entering an unstable economy—and the subsequent years of launching new products for a diverse range of biotech tools companies.

“KGI taught me how to deal with complex, chaotic environments with a lot of moving parts, team projects, and learning as you go,” Rankin said.

Rankin has long pursued an unconventional route since completing his undergraduate science training at the University of Georgia. He knew that California (and KGI) was a better fit for him than staying in Georgia, where he briefly worked as an analytical chemist at a factory making Johnson & Johnson products prior to obtaining his MBS.

“There weren’t a lot of opportunities for me in the South with an applied biotechnology major,” Rankin said. “People didn’t know what to do with me.”

KGI opened up a whole new world to Rankin. He has since been exposed to nearly every level of the drug development pipeline through the lens of the biopharma tools and services space: discovery, preclinical, translational medicine and clinical research, and clinical operations.

Rankin has held an eclectic series of jobs and internships, each with its own learning curves, challenges, and growth opportunities. For example, an internship in China had him working on a technology scouting project, transforming submissions of varying shapes and quality into polished deliverables for Pfizer.

Additionally, he worked as a technology scout for Larta Institute on the NSF-funded Inter-University Technology Bundling Program (IUTBP) during his second year at KGI. This ultimately led to his first paid position after graduation.

“It was a difficult process in the beginning,” Rankin said. “They would ask me to, for example, find interesting technology related to lithium-ion, and I would have no idea about the application—which is hard if you don’t know if you are talking about batteries for a cellphone or a car.”

After his internship was complete, Larta asked Rankin to take over as Project Lead for the final iteration. He was then given the freedom to run the program, much like a KGI Team Master’s Project, by connecting the interns doing the scouting with the industry professional who provided the technical need statement.

“We opened it up and empowered the second round of interns by allowing them to understand the business context,” Rankin said.

While the Larta project was winding down, Rankin started talks about an entrepreneurial project with one of his former KGI roommates that would become OceanAgro LLC, a specialty chemicals startup. During this time, he also helped organize a KGI internship program with ChinaBio and joined the internship team in Shanghai for the summer.

Upon returning from China, OceanAgro was ready to move forward, and Rankin spent the next three years building a customer base and importing products from a parent company in India. The team selected and developed a new humic acid product called DirtMD. To gain traction with the product, he prospected farmers in California, Arizona, and New Mexico to set up and run agricultural field trials.

“OceanAgro forced me to learn how to sell in the trenches and perform in high-stakes meetings,” Rankin said. “In the end, my efforts established OceanAgro in several key growing regions, and we set sales channels through distributors. But I always wanted to return to biotech, and I made the move once OceanAgro found stability. The birth of my first child precipitated the return.”

While returning from an interview selling pipettes in Oakland, Rankin met a software executive on the flight back to Los Angeles that would ultimately be his next employer.

“We connected immediately, and he recruited me to sell his new regenerative medicine software product in the Bay Area,” Rankin said.

“Fortunately, the power of networking had been impressed upon me by all of the industry-minded professors at KGI.”

The transition from agriculture to selling software to managing bone marrow transplant workflows proved challenging. The technology to solve the main pain point for clinical customers (CIBMTR data management) was unfinished. After nearly a year of unsuccessful attempts to develop the market with bone marrow transplant centers, he expanded his search to biotech and other cell therapy types by repackaging the offering.

During this time, the project was spun out from Velos into Stafa Cellular Therapy (StafaCT), and Rankin led the rebranding efforts. Ultimately, he acquired the first customer by finding a fit with a subset of the software modules at the Interdisciplinary Stem Cell Institute at the University of Miami (UM). StafaCT was headed for an exclusive distributor deal with Terumo BCT in part based on this traction with UM, and Rankin decided it was time to move on to his next project.

Leveraging this milestone success at Velos, Rankin landed the role of Key Account Manager for Biomatters. There, he took a break from startups and sold his first product with an established brand: a bioinformatics sequence analysis software platform called Geneious.

After a year of selling Geneious licenses into biotech/pharma accounts in California, he was selected as the commercial lead in launching Geneious Biologics, a new antibody discovery platform.

“I was flown to New Zealand on my one-year anniversary with Biomatters to ramp up on Geneious Biologics,” Rankin said. “Seven months later, I closed the first U.S.-based deal for Geneious Biologics with Chan Zuckerberg Biohub, with two more shortly after.”

Two months after accomplishing the Geneious Biologics launch in the United States, an acquisition was announced, and nearly everyone involved in cloud-based work, including Rankin, was laid off. It was fortuitous, as it gave him time to develop a side project into a full-fledged company.

“The acquiring company had no interest in the cloud, so I decided to continue the demo project I had begun with a former vendor I worked closely with at Velos,” Rankin said.

The startup born out of this third-party demo project, ConnextBio, integrates Geneious Prime (the desktop-based sequence analysis software) with cloud computing resources. Files are uploaded, processed in the cloud, and then can be downloaded to the user’s local computer and deleted from ConnextBio’s servers, avoiding many privacy concerns.

“I realized from my experiences selling Geneious Biologics that it is difficult to convince biotech/pharma users to store sequence intellectual property in the cloud, so we don’t do that,” Rankin said. “Ever.”

Rankin is excited about the future of his startup and his new life in Amsterdam. He feels that KGI has helped him to achieve this balance of being versatile, yet focused.

“When you operate at the intersection of biotechnology/software/business, you gain access to the cutting edge of each, and interesting things happen at the interface,” Rankin said. “KGI enabled and encouraged me to first focus on operating in startups—learning the ropes from doing before pursuing my own thing. At KGI, you have to lead without authority to get things done, and you develop presentation skills that help you sell ideas to senior leadership both internally or externally. This is important for any role, but especially for a job in startups.”