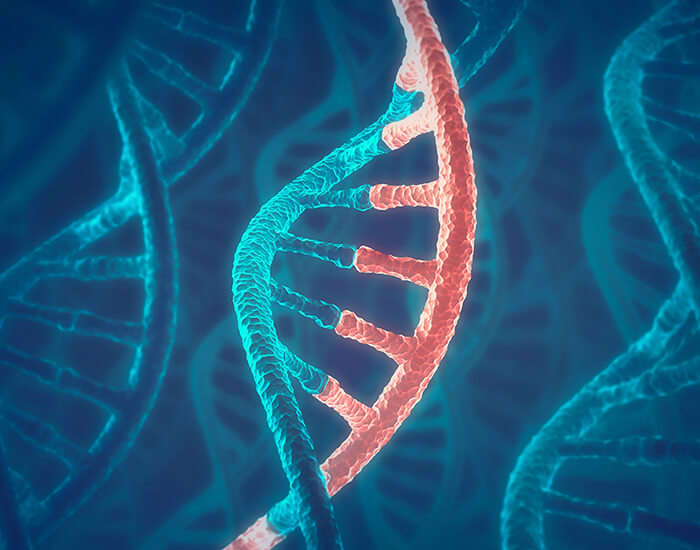 It may sound quick and bright, but SPRIGHTLY, a member of a class of noncoding RNAs, sometimes carries a nasty message. Typically, the SPRIGHTLY gene is present, but its RNA may not be expressed in melanocytes (mature melanin producing cells); however, when it does express itself, the result can be cancerous melanoma that is likely to metastasize to the brain if left unchecked. According to the research, “Tumor growth rates were directly correlated with SPRIGHTLY expression levels.”

“I am intrigued by the novel findings of this study,” said Lokhande, who obtained a medical degree prior to pursuing a PhD at KGI. “The results remind us that complex diseases such as cancer might have their origins hidden in the most unsuspecting of all places—the long non-coding RNAs (lncRNAs) and their interaction with other RNA molecules.”

Long non-coding RNAs were previously thought to be evolutionary junk, with no significant biological function. The published study joins the first few reports of a fascinating role of these RNA molecules.

“These appear to function as integrators of far-flung genes and their product messenger RNA molecules, which are related by function,” Ray said. “This work provides a fundamentally new understanding of how genes with no apparent structural relationship, but with a common function, can be coordinately regulated by another RNA molecule.

“This phenomenon, first proposed on theoretical grounds in 1969, had not been demonstrated until now. We think our findings will catalyze important new work in cancer research on the significance of lncRNA on cancer development, and one day such lncRNAs might be used as personalized biomarkers of cancers.”

As a PhD student, Lokhande’s involvement in this research has put her in a prime position to utilize advanced strategies and technology to help make a lasting impact on cancer research.

“I am glad to have contributed in my own small way towards this novel and insightful study, and support its results using a network-based computational approach,” Lokhande said.

In addition to Lokhande and Ray at KGI, other collaborating scientists at SBP contributed to the paper, including first author Bongyong Lee, Ph.D, and senior author Ranjan Perera, Ph.D.

“This has been a wonderfully creative collaboration among my colleagues at SBP, and others, some of whom are molecular biologists, some cell biologists, and some computer scientists,” said Ray.

SBP Scientific Director Ranjan Perera added: “This study advanced prior research that discovered the lncRNAs by revealing a possible role in metastasis. We were delighted to combine our gene sequencing and target discovery expertise with the bioinformatics team effort at the University of Central Florida and the data analytics resources at KGI to generate findings that may lead to significant advances in new cancer therapeutics.”

The scientists used next generation sequencing, state-of-the-art advanced structural techniques, single molecule microscopy, and large data analytics to support their research. The discovery should accelerate cancer research in a novel and promising direction and so may be of interest to cancer researchers across the world.

For Ray and the others, their discovery is simple: “I am excited by the novel understanding of the fundamental basis of life that these results have revealed: one dark spot under the stone of life illuminated by our flashlight,” said Ray.

An understanding of how human RNA interacts may be simple and, at the same time, may one day save lives.