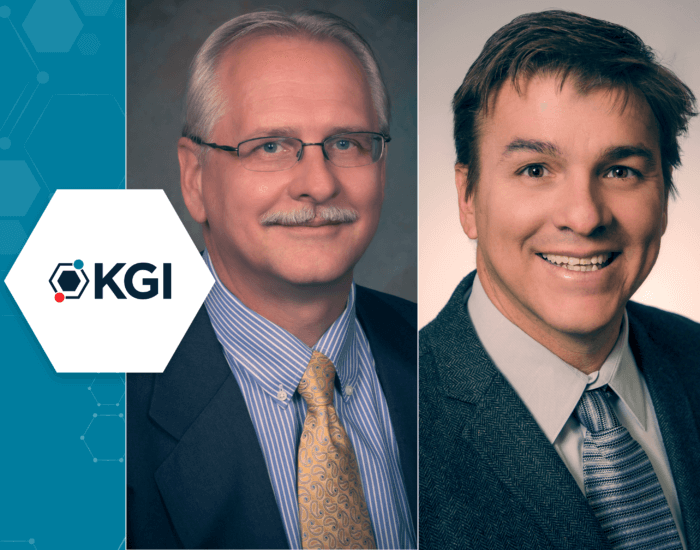 Additionally, Krstenansky summarized the findings from the research paper “Synthesis and pharmacological characterization of ethylenediamine synthetic opioids in human μ‐opiate receptor 1 (OPRM1) expressing cells” from Pharmacology Research & Perspectives. The study was a collaboration between Krstenanksy and KGI Professor Alex Zambon which explains how gaps in pharmacological knowledge of old drugs can be exploited to find new synthetic drugs.

The overarching goal of the collaboration is to develop drugs that help patients effectively manage pain while eliminating the biggest drawbacks with the current drugs on the market, including adverse tolerance, addiction, respiratory depression, and constipation. Two synthetic opioids—AH‐7921 and U‐47700—that were developed in the 1970s but never marketed have recently appeared on the illegal drug market and in forensic toxicology reports.

Krstenansky and Zambon received an NIJ grant for this research to help the forensics community better understand and classify these compounds. Additionally, though, the research provides an opportunity to find innovative solutions to issues with existing drugs in the pain management market.

“There’s a great need for superior analgesic agents, and a lot of people are working on non-opioid type analgesic agents, but the fact is that for severe pain, opioids are still the drug of choice,” Krstenansky said. “So the question is, is there still a possibility of room for improvement?”

The goal is to help provide pain relief while minimizing dependency and the fatal toxicology from respiratory depression. They hypothesized that they will accomplish this goal by designing a drug that closely mimics how the body’s natural hormones activate the system.

“If you look at the drugs currently being used, they’re all very similar in that they’re selective against one of the three different opiate receptors in the body,” Zambon said.

Yet each one of the opiate receptors, when activated, produces analgesia (pain relief). However, when you selectively target single opiate receptor subtypes, with a selective small molecule, significant unwanted side effects occur. On the other hand, the natural system is relatively non-selective to all three of them.

“You don’t see runners from the marathon kicking over because they’ve created so many endorphins and other natural peptides,” Zambon said.

The reason why endorphins have not been used as a drug yet is that they are fairly large peptides, making them expensive to produce and not able to be administered orally because of their chemical structure.

“The body produces them and sends them directly into the bloodstream,” Krstenansky said. “As Americans, we typically like to take our drugs orally. So from that standpoint, looking at small molecules that take advantage of some of these natural design features is our goal.”

Optimizing drugs involves a multi-faceted approach that takes into account factors such as pain management, addiction risk, and toxicity. Traditionally, companies have optimized drugs in a serial fashion, addressing each of these factors one by one. This process typically involves a trade-off where one benefit is sacrificed for another.

“Pharmaceutical companies are now starting to look at multifactorial methods from the get-go, which prevents bottlenecks down the line,” Krstenansky said. “However, this process is still not common because of expense, time, and effort. So we’re trying to address this issue to the best of our abilities in a more cutting-edge way. Currently, endorphins look like an improvement over morphine, but we may still be able to find something even better.”