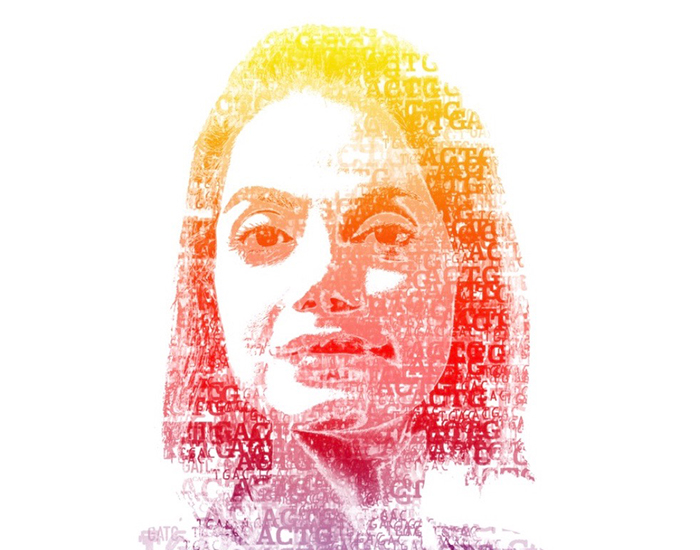 This “New frontiers in gene editing” story originally appeared in the Fall 2019 issue of the Berkeley Engineer Magazine.

Kary Mullis won the 1993 Nobel Prize in Chemistry for developing a laboratory process that finds a specific location on the roughly 3 billion-letter human genome. The technique, called polymerase chain reaction, or PCR, has been refined in labs over many years, but it is still prone to errors.

As a postdoc in both the Conboy and Murthy labs, Kiana Aran created a tool that uses CRISPR to perform similar tasks to PCR, but digitally — like Google for genomes. Users place a drop of purified DNA, extracted from a simple swab sample, directly onto a chip containing thousands of tiny CRISPR-programmed graphene transistors. Then, using Duchenne guide RNA as the “search term,” the transistors scan the genome for target sequences and deliver the search results electronically.

The quick, inexpensive and portable technology, called CRISPR-Chip, could be used for diagnosis and for ongoing monitoring of patients’ gene-therapy progress. Aran’s current chip tests for Duchenne, but her team can load guide RNA for other genetic diseases, including sickle cell anemia and Huntington’s, and her lab is developing more sensitive technologies to detect other types of genomic material, like infectious-disease indicators.

A direct comparison to PCR doesn’t apply, Aran says. “We are starting a new process of making genomics digital. We’ve been developing high-tech instruments and gadgets, and we haven’t been using these technologies for healthcare applications.” CRISPR-Chip is one step toward what she sees as the inevitable digitization of all medicine.

Aran, now an assistant professor of medical devices and diagnostics at the Keck Graduate Institute, didn’t start out with this visionary agenda. “I did not enjoy electrical engineering as an undergrad,” she recalls. “How could I connect with real-world problems by just designing transistors and circuits?” When she discovered biomedical engineering, her attitude changed. Now, as the chief science officer at Cardea, which recently merged with Nanosense, a company she co-founded with industry partners, she’s focused on getting her solutions into the world by first commercializing the device for lab-based quality-control while she completes the long regulatory process for medical uses.