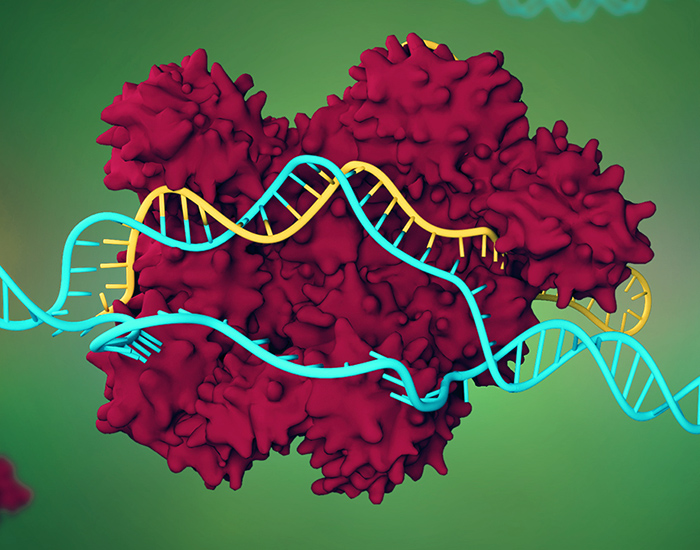 This story originally appeared in The Scientist’s July 2019 issue. To read the full story, click here.

Searching a sample of DNA for a particular sequence—be it a mutation, a researcher-inserted transgene, or evidence of an infecting organism—is a common practice in many molecular biology and diagnostic laboratories around the world. Often, such searches take the form of target amplification, which involves using sequence-specific oligonucleotide primers and the action of a DNA polymerase to pull out the sequence of interest. But amplification not only adds a step to the search process—requiring optimization, reagents, and time—it can also introduce errors such as amplification bias.

To move away from amplification, Kiana Aran of the Keck Graduate Institute in California and her colleagues turned to the CRISPR-Cas family of nucleases, which, when paired with a specific guide RNA, can scour the whole genome to find and cut a precise sequence. Aran, whose background is in electrical engineering, incorporated this search capacity into an electrical biosensor called CRISPR-Chip.