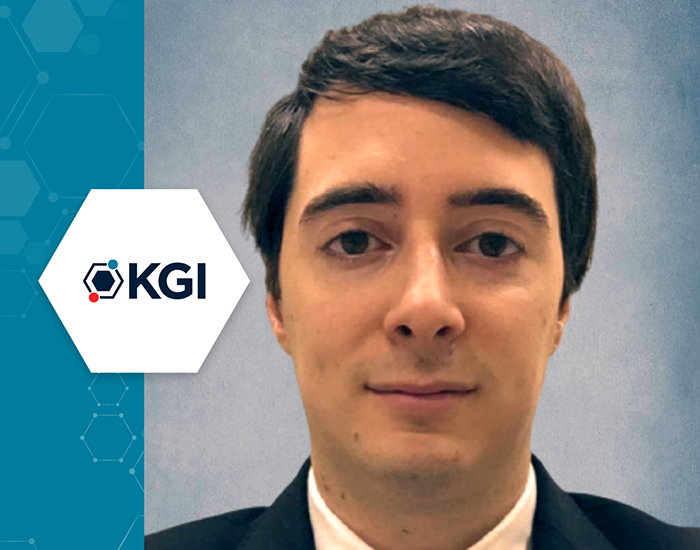 For Massimiliano (Max) Zocchi, MEng ’22, Keck Graduate Institute (KGI) has opened the door to a world of possibilities in the bioprocessing industry. First through KGI’s Bioprocessing Summer Undergraduate Internship Training and Education (BSUITE) program and now through the Master of Engineering in Biopharmaceutical Processing (MEng) program—where he is finishing up his first year—he has gained a wealth of hands-on experience. This includes researching production for a COVID vaccine, working with a bioreactor to grow mammalian cells, and producing ginger beer.

BSUITE is a two-week online program that provides valuable experience for participants through team projects based on bioprocessing to produce monoclonal antibodies, enzymes, vaccines, and cell and gene therapy. Zocchi attended BSUITE while still living in his native country of Italy, and adjusting to the California time zones was a challenge.

“For me, each day of the program would start around 5 or 6 p.m. and go until 2 a.m.,” Zocchi said. “But I learned so much valuable information about bioprocessing—especially for just being a two-week program.”

Zocchi appreciates that BSUITE exposed him to some introductory bioprocessing concepts, which were then applied to a few of his MEng classes in the fall, allowing him to build upon what he had learned that summer. Most significantly, the projects in BSUITE had real-world relevance.

Their major project involved researching the entire production process of a vaccine, including upstream and downstream processes. This was not a theoretical vaccine but a real one developed by Novavax, thus lending to the project’s authenticity. They also learned about the budgetary considerations involved.

“You have to think about how much money you want to put into it, realizing that the blank check from the government is not covering everything,” Zocchi said. “You still have to account for how much money you’re given and how you’re going to spend it to make sure you do have a working product.”

BSUITE also featured guest lectures from KGI alumni and faculty from major biotech companies like Gilead and Genentech, some working in manufacturing while others were in more managerial positions.

For Zocchi, the highlight was making his own raspberry-flavored ginger beer.

“It was a cool process because you actually get to make a fizzy drink at home,” Zocchi said. “It was scary when I opened it because I just hoped it wouldn’t explode—even though the bottles were fermentation-safe. But it was really tasty and delightfully refreshing, and I enjoyed getting to make something physical with my hands.”

Zocchi has since moved to California, getting his visa on August 12—just in time to start the MEng program. Although most of his coursework has been online, he has still been able to gain some hands-on lab experience—including growing mammalian cells in a bioreactor.

“The coolest part is knowing that you start with just one milliliter of cells frozen in liquid nitrogen, taking it up to the bioreactor scale of about two liters,” Zocchi said. “It’s an arduous process, and so many things can go wrong, especially with contamination. But we had a successful culture.”

“Working in teams, you can always find a solution. I’m very proud we achieved that.”

Through the BSUITE and MEng programs, Zocchi has gotten to know George B. and Joy Rathmann Professor in Bioprocessing and Director, Amgen Bioprocessing Center Dr. Sue Behrens, as both his advisor and working with her on the Team Master’s Project.

“She’s been tremendous,” Zocchi said. “She has an incredible wealth of knowledge from all her years in industry and so many connections she can draw from. She’s always very happy to help with our projects, making sure we’re going down the right path and able to complete our deliverables.”

According to Behrens, when she and other KGI faculty first encountered Zocchi during BSUITE, they quickly recognized his passion for learning and engaging in team projects.

“Max has been a great addition to the MEng program where he focuses on designing bioprocessing operations for manufacture of proteins, vaccines, and cell/gene therapy,” Behrens said.

This summer, Zocchi will be interning with the biopharmaceutical company Cytokinetics in South San Francisco.

“I was lucky enough to land an in-person internship,” Zocchi said. “I think it will be a life-changing opportunity because I’ve been in labs and done research, but it’s all been university-based. This will actually be for a company in the real world.”

When it comes to his career goals, Zocchi is leaning toward working in upstream processing but is keeping his options open.

“It’s incredible just how many niches there are in the bioprocessing industry,” Zocchi said. “It’s a sector that is prime for continuous development and growth.”