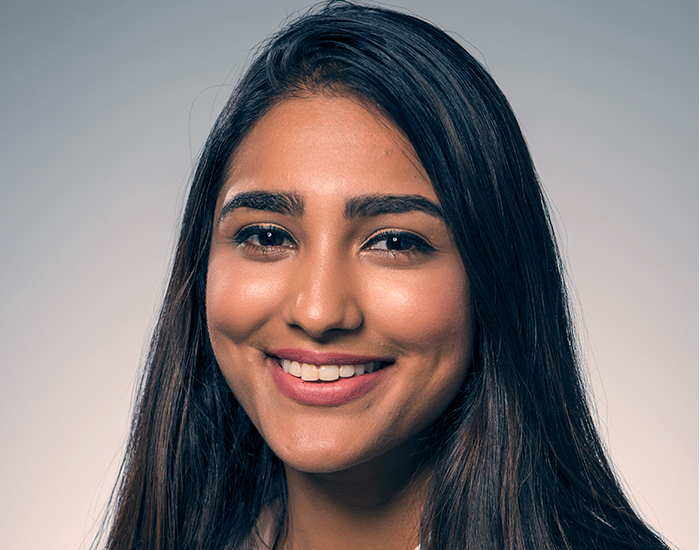 When following the latest news on COVID-19, it’s easy to feel anxious or dispirited—especially for children. That’s why Fatima Faisal, Keck Graduate Institute (KGI) alumna and soon-to-be medical student in Arizona, has written a book that educates children about preventing the spread of viruses and, by featuring doctors as superheroes, empowers them.

“I came up with the idea because I was watching the news one day, and I felt really nervous about the future and the present,” said Faisal, PPC ’18, MS ’19.

“I thought to myself, if I feel this way, then I wonder how children probably feel during this time. They don’t even understand what’s going on or have any scope of the severity.”

Faisal, who received her undergraduate degree in journalism at Syracuse University and Master of Science (MS) in Applied Life Sciences at KGI, used her combined writing experience and medical knowledge to write the children’s book, The Incredible Docs Vs. Billy the Bad Virus, which is now available on Amazon. The two protagonists are male and female, and she also includes characters with both dark and light skin tones to be as inclusive as possible.

“I didn’t use the word ‘coronavirus’ in the title, and that was intentional because I feel like at this age, the word ‘coronavirus’ is one, hard, and two, it sounds scary,” Faisal said. “I don’t think it adds any value to a child really knowing the word. I think the word ‘virus’ itself is much more accessible, and it’s something that you hear thrown around a lot.”

The narrative reads like a superhero story, only in this case the villain is a virus and actions taken to defeat the virus such as hand washing and coughing in one’s elbow are analogous to typical comic book actions such as punching and kicking. Masks are an essential component to any superhero costume, which blends naturally with the idea of wearing masks to stop the spread of a virus.

“This new way of life when you see people with masks on is kind of terrifying, especially if you’re a kid,” Faisal said.

By adding medical masks to the costumes in her book, Faisal felt that she would normalize these masks for children, and they would see it as part of being a superhero. Eventually children would feel inspired to wear the masks themselves, just as children try to emulate other action heroes like Batman and Spider Man.

Faisal, who collaborated with fellow Syracuse grad Carly Wright for illustrations, self-published the book in order to get it out as quickly as possible. After heavy PR efforts, including promoting the book on Instagram and reaching out to influencers, the book has been an Amazon bestseller for over two weeks, made local news in New York, and been featured by governor Andrew Cuomo in his executive email.

At KGI, Faisal also completed the Postbaccalaureate Premedical Certificate (PPC) program, which she said helped her to grow personally and professionally. She felt that PPC directors Joon Kim and Elba Muñoz were especially supportive, offering guidance and friendship.

Faisal plans to become a pediatric psychiatrist while continuing to write. She anticipates developing a series of children’s books, tackling other health topics that can be challenging to discuss such as anxiety.

So far, the response to The Incredible Docs Vs. Billy the Bad Virus has been encouraging.

“A lot of mothers have reached out to me personally, saying how much they needed this book and how helpful it has been for them to teach their children about what’s going on,” Faisal said.