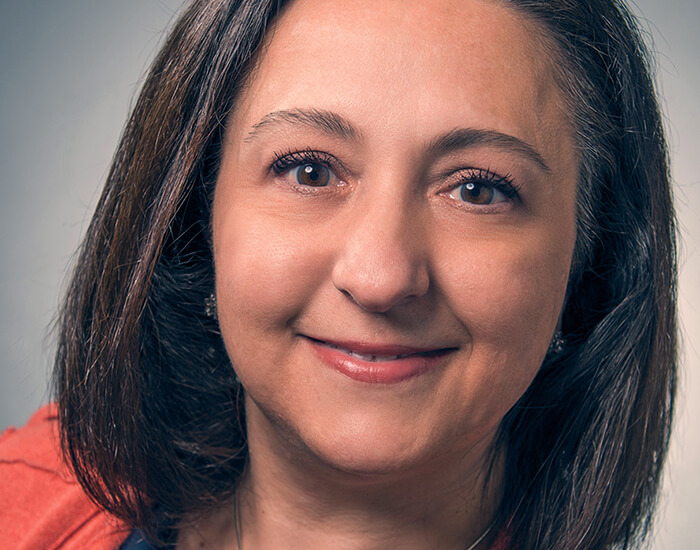 Professor Prepares Pharmacists to Respond to the Opioid Epidemic

Opioid prescriptions in the United States have quadrupled since 1999, and millions of people are using them for nonmedical reasons. Today, opioid overdoses surpass any other cause of accidental death in the country.

Keck Graduate Institute (KGI) School of Pharmacy and Health Sciences Associate Professor Talia Puzantian is seeking to alleviate this national epidemic by enhancing California pharmacists’ ability to recognize and respond to opioid misuse and overdose. To achieve this goal, she was awarded a one-year grant provided by the Centers for Disease Control and Prevention through the California Department of Public Health and the San Francisco Department of Public Health.

The professor is providing the education the California State Board of Pharmacy requires to furnish naloxone, a medication used to reverse opioid drug overdoses, without a prescription. She has also developed training materials to help pharmacists identify those at risk for overdose and communicate effectively with patients and their family members about opioid overdose prevention and treatment.

“I think opioid misuse and overdose deaths have become so pervasive that most of us working in healthcare have seen the effects,” says Puzantian. “Pharmacists are in a perfect position to be a part of the solution. They see a person come into the pharmacy, know the medications that person is taking, and can identify who’s at high risk. Pharmacists are accessible, trusted, and knowledgeable. Given the opportunity, they can make a big impact by increasing access to lifesaving naloxone.”

The pharmacist training that Puzantian has developed is now being introduced in Humboldt, Lake, and Shasta counties—those with the highest overdose rates in California. After implementation, she will conduct a follow-up survey of pharmacists about the education and measure its impact.

“We’re looking at behavior—whether pharmacists furnish naloxone and their practices around it, how often they check CURES (California’s prescription drug monitoring database), and what they do when they see a red flag,”’ explains Puzantian. “We want to see whether there’s a change in the way they practice. If we see a positive effect, we’ll expand to pharmacists in other California counties.”

Meanwhile, Puzantian is preparing current pharmacy students to understand and combat opioid misuse and overdose, and to identify and educate those at risk. At KGI, she provides the naloxone-related training required by the state and also teaches an elective course that offers perspective on mental illness and addiction through their portrayal in films.

“I learned that pharmacists are able to provide naloxone and understand how important it is to know the protocol,” says Jesse Perez, PharmD ’18, a student in Puzantian’s classes who has been involved in educating students of all ages about opioid abuse and also organized KGI’s first participation in the National Prescription Drug Take-Back Day in April. “I solidified my understanding of the problem, the science behind it, and what we can do as pharmacists to help. The more you know, the more you are able to translate that into educating others.”