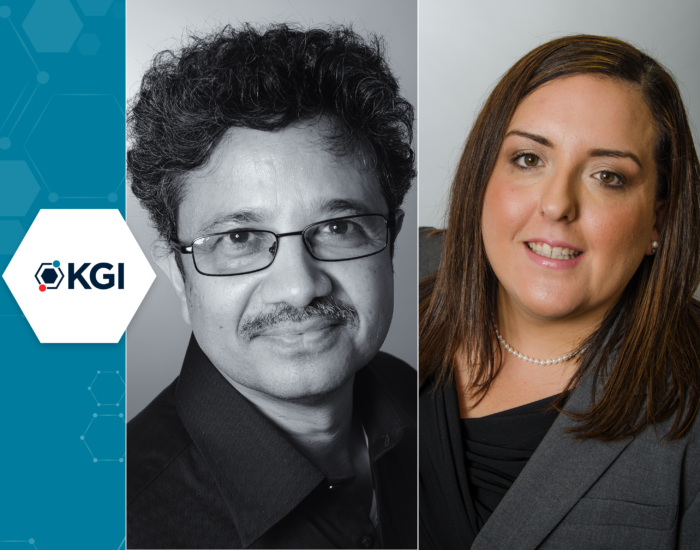 For the project, the team is developing a computer assessment procedure for predicting the structure of antibodies that could effectively neutralize a previously unknown antigen or a novel virus that might emerge in the future. These findings could have a tremendous impact on any emerging pandemic.

The project is a multi-disciplinary collaboration between Hernandez, Ray, and two other Consortium Principal Investigators: Dr. Stefano Lonardi from UC Riverside’s Department of Computer Science, a respected computer scientist who works with machine learning and biological data; and Dr. Matthew Sazinsky from Pomona College’s Department of Chemistry, a protein biochemist trained in the physics of high molecular weight polymers.

In addition to vaccine development, the research project could influence medicine on a broader scale. For example, antibodies could potentially be predicted in a computer to target and neutralize proteins made by cancer cells. Another potential use would be therapies that help patients to manage their allergies and hypersensitivity issues.

This five-year project builds upon research Ray has been conducting for the past 13 years on machine learning methods to predict novel protein-protein interactions.

“Intrinsically, this kind of deep machine learning involves a competitive game between some of the real data that it learns from achieving a task and random data that the deep learning algorithm makes by itself to foil that attempt,” Ray said. “Ultimately, we want the game based on real data to succeed.”

This concept is similar in principle to evolution, where random genetic variations emerge and compete with one another. Those variations best suited for survival in an organism’s natural environment win out and are passed down to the next generation.

Another goal of the project is to use single-cell DNA sequencing of the antibody genetic repertoire naturally raised against an injected antigen to produce a large amount of data quickly. Subsequent benchmarks will quantitatively evaluate the best performing computational model to predict a strong binding antibody and then fine-tune that to make a neutralizing antibody which one can quickly test in a laboratory.

Monoclonal antibody therapies for COVID-19, which the FDA gave emergency authorization, were developed with unprecedented speed. At the time that therapies for COVID were being developed, they still needed three months of lead time to go from the viral protein structure to that of the monoclonal antibody. Ray, Hernandez, and the team thought that if they could do that particular step in a computer in a few hours, they estimated that they could probably have started the clinical trial in March instead of July, saving thousands of lives. That is the transformative impact of the potential outcomes of this project.

This project, co-led by Ray, Hernandez, Lonardi, and Sazinksy, was among 19 Transformative Research Awards made this year by NIH.

“The science put forward by this cohort is exceptionally novel and creative and is sure to push at the boundaries of what is known,” said NIH Director Francis S. Collins, MD, PhD. “These visionary investigators come from a wide breadth of career stages and show that groundbreaking science can happen at any career level given the right opportunity.”

Listen to Animesh and Jeniffer on a special episode of the KGI Podcast!