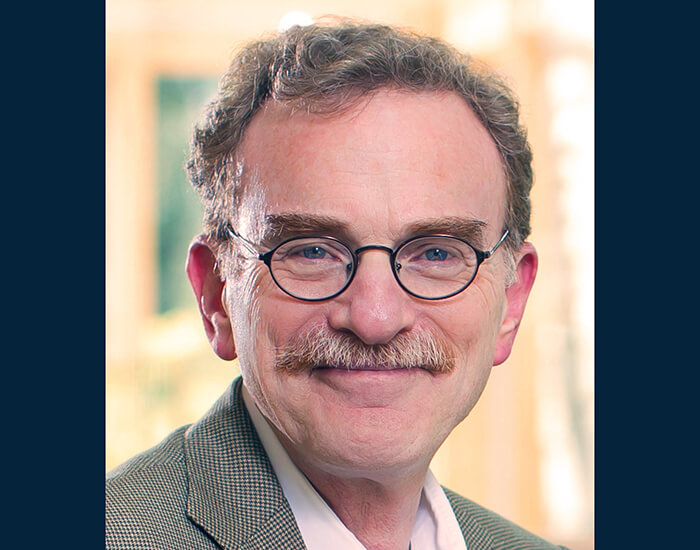 Dr. Randy W. Schekman, winner of the 2013 Nobel Prize in Physiology or Medicine, will be the keynote speaker at Keck Graduate Institute’s 14th annual commencement May 16, 2015. Dr. Schekman, a professor of molecular and cell biology at the University of California, Berkeley, was awarded the prize for his role in revealing the machinery that regulates the transport and secretion of proteins in our cells.

Dr. Schekman shared the prize with Dr. James E. Rothman, the Wallace Professor of Biomedical Sciences at Yale University and chairman of the Yale School of Medicine’s Department of Cell Biology, and Dr. Thomas C. Südhof, the Avram Goldstein Professor in the School of Medicine at Stanford University. The research conducted by each scientist helped to determined how cells, which produce mass quantities of molecules, organize a system to transport the molecules within cells and export them outside. The molecules, as it turns out, are moved around the cell in small packages called vesicles, and each scientist discovered a different aspect of what is needed to ensure that the right cargo is shipped to the correct destination at precisely the right time. Disturbances in this control system for transporting and delivering cellular cargo are believed to contribute to some neurological diseases, diabetes and immunological disorders.
“I always appreciate the opportunity to speak to young people who are passionate about science and believe deeply in its power to improve our lives. So I’m looking forward to speaking to KGI graduates who are on the brink of launching their careers in the life sciences.”

“It is such a perfect culmination of our educational experience at KGI to have the opportunity to hear firsthand from a Nobel laureate and scientist whose work has had such an enormous impact on the life sciences industry,” said Disha Goswami, president of the Class of 2015.
In the 1970s, Dr. Schekman began to conduct his research into this cellular transport system using a yeast model-eventually identifying three classes of genes that control different facets of the cell’s transport system. Dr. Schekman’s discoveries have had a big impact on human health and on the biotech industry. Through his research, life sciences companies have been able to produce genetically engineered insulin and a hepatitis B vaccine for human use. In fact, one-third of the insulin used worldwide by diabetics is produced by yeast, and the entire world’s supply of the hepatitis B vaccine is derived from yeast.

In addition to being a Nobel laureate, Dr. Schekman has received numerous honors and recognitions for his contributions to science. He was elected to the National Academy of Sciences in 1992, received the Gairdner International Award in 1996 and the Lasker Award for basic and clinical research in 2002. He was elected president of the American Society for Cell Biology in 1999. Schekman previously received the Otto Warburg Medal of the German Society for Biochemistry and Molecular Biology, which is considered the highest German award in the fields of biochemistry and molecular biology. In 2010, he was awarded the Massry Prize from the Keck School of Medicine, University of Southern California. In 2013, the same year he was awarded the Nobel, he was elected a Foreign Member of the Royal Society. His nomination read in part: “…the trafficking mechanisms that Schekman discovered are at the heart of neurotransmission, hormone secretion, cholesterol homeostasis and metabolic regulation.”

Dr. Schekman earned a BA in molecular sciences from the University of California, Los Angeles (UCLA) in 1971. He was awarded a Ph.D. from Stanford University in 1975 for research on DNA replication. He joined the faculty at Berkeley in 1976.

Commencement 2015 will take place Saturday, May 16, on the East Lawn of KGI’s campus in Claremont, California.