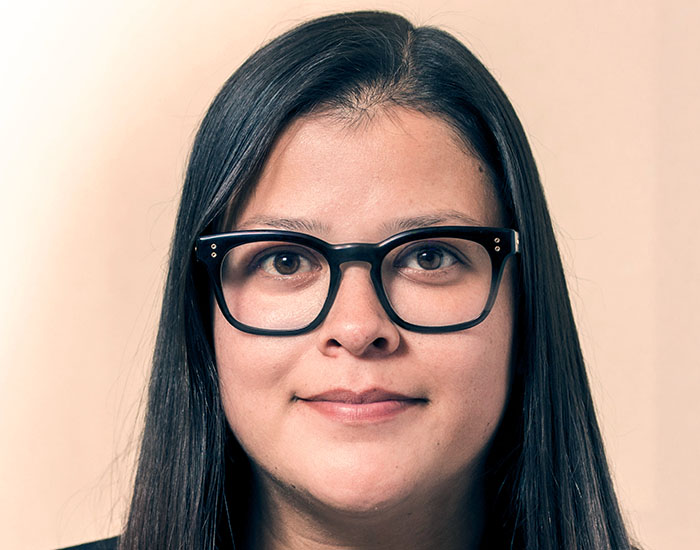 In bioprocessing, the downstream process is intended to purify the drug through the use of depth filters. In this case, though, the organic filters were introducing impurities into the drug in the form of leached beta-glucans.

Beta-glucans are fibers found in the cell walls of plants, bacteria, and fungi. Their presence in biotherapeutic drugs is undesirable as they can lead to an immunogenicity risk, which means that they can cause the drug to become ineffective over time and potentially result in harmful side effects or even death.

For BMS, this study’s main purpose was to determine whether they should switch to a synthetic filter or add extra steps to the washing processing. They discovered that adding additional steps was the best solution.

Urrea’s role in the study was running the lab experiments. She completed the study in the summer of 2017 after spending several weeks looking for an internship.

“One week, I got an email from somebody at BMS asking me if I was interested in an internship,” Urrea said. “To this day, I have no idea how they found me. When I first got there, I wasn’t very familiar with downstream, which is one of the main reasons I took the internship.”

Since then, Urrea has assisted Bioprocessing Professor Hu Zhang, her primary advisor in the Doctor of Philosophy in Applied Life Sciences program, to research a process engineering framework for the scale-up of wave bag bioreactors.

“I was involved in analyzing data and preparing visuals for the paper as well as writing portions and proofreading. There is so much that goes into preparing a paper for submission that I had not considered before. I learned a lot and enjoyed the process.” Urrea said.

Urrea has always enjoyed math, but when she first enrolled in a community college in Moreno Valley, she had not heard of STEM. Then her school got a grant for a mobile lab, and she started doing STEM outreach in K-12 schools. Her lab experience exposed her to all the STEM fields, which inspired her to pursue a bachelor’s degree in bioengineering at UC Riverside.

“When I discovered bioengineering, I saw how there are so many different fields rolled into one because there’s biology, there’s chemistry, and there’s physics, and I like designing and building things,” Urrea said.

What drew Urrea to KGI was the opportunity to network and work on industry projects through such programs as the Team Design Project (TDP).

“I had never really considered higher education because it was so academic, but KGI was different because of its involvement with industry,” Urrea said.

In her PhD program, Urrea is currently working on a lab-scale platform for continuous bioprocessing using Raman Spectrometry as a monitoring tool. She has built her Raman model from an extensive dataset and is currently developing the perfusion-protein A capture platform.

“Right now in bioprocessing, everything is done one step at a time,” Urrea said. “That can be very expensive. There’s a big push for continuous bioprocessing where you can have multiple steps running simultaneously and continuously.”

Her career goal is to not only work in a lab, but to manage a lab and organize studies.

As her advisor, Zhang expresses confidence in Urrea’s engineering and analytical skills.

“Christine has excellent knowledge in bioprocessing and general engineering,” Zhang said. “It is great to have her as one of my PhD students at KGI. Her experimental and data analytical skills have been demonstrated in her publication.”