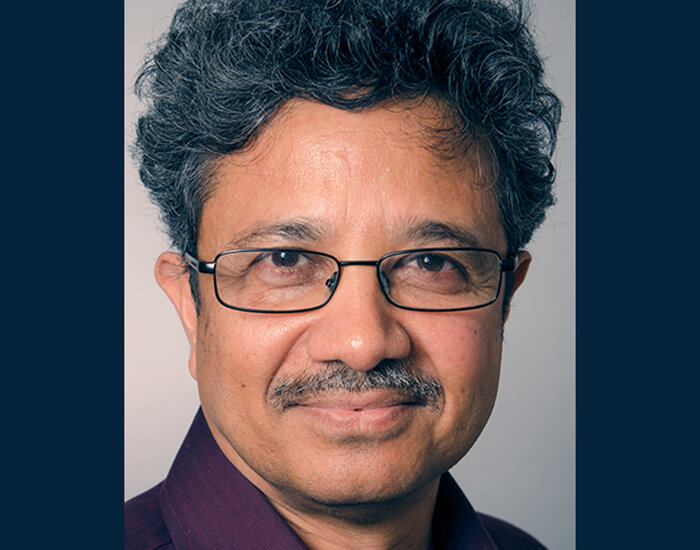 This article is the result of a collaboration between KGI Professor, and Director of PhD Programs, Dr. Animesh Ray and Dr. Ranjan Perera of the Sanford Burnham Prebys Medical Discovery Institute.

Dr. Ray explains the signifinace of this research: “In this article we have for the first time shown that a microRNA (miR-211), which we had earlier identified as a tumor suppressor gene that malfunctions in human melanoma (an aggressive form of skin cancer for which no effective cure currently exists), works as a metabolic switch. This metabolic switch keeps the normal skin cell metabolism within normal bounds, but when the microRNA fails to be made by the skin cells the switch is thrown off and the cancer cells can survive in low oxygen–the famous Warburg effect exhibited by many cancerous tumors. We present evidence in favor of this non-coding RNA molecule as a major inhibitor of melanoma. We think that these fundamental findings would be important for developing better therapeutic strategies for curing this devastating cancer. My collaboration with Dr. Perera’s laboratory are already uncovering additional important facets of the role of non-coding RNA in melanoma formation.”

miR-211 functions as a metabolic switch in human melanoma cells

SIGNIFICANCE Melanoma, one of the deadliest forms of skin cancer, kills nearly 10,000 people in the USA per year. We had previously shown that a small noncoding RNA, termed miR-211, suppresses invasion and the growth of aggressive melanoma cells. The results presented here support the hypothesis that miR-211 loss in melanoma cells causes abnormal regulation of energy metabolism, which in turn allows cancer cells to survive under low oxygen concentrations-a condition that generally kills normal cells. These findings highlight a novel mechanism of melanoma formation: miR-211 is a molecular switch that is turned off in melanoma cells, raising the hope that in the future we might be able to turn the switch back on, thus providing a better treatment option for melanoma.

To view the abstract of the article click here.

To view a PDF of the article click here.