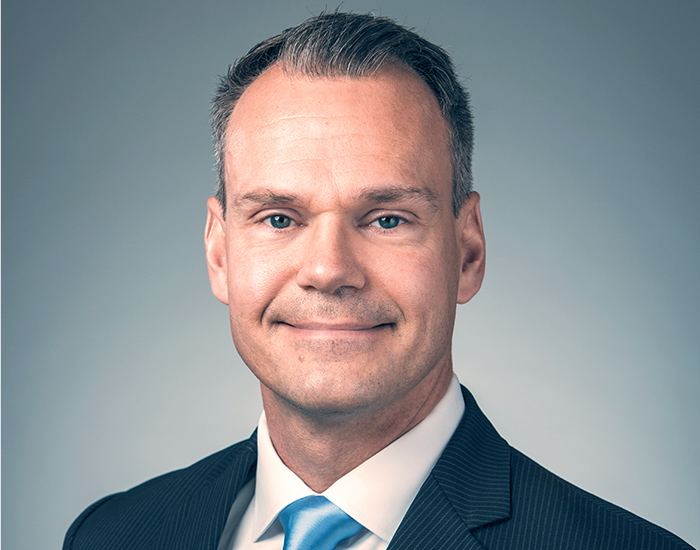 Bacteriophages are viruses that kill bacteria by infecting them and replicating inside of them. Bacteriophages have shown promise as a treatment for various conditions ever since they were discovered by two independent investigators, British bacteriologist Frederick Twort and French-Canadian microbiologist Félix d’Hérell, in 1915 and 1917, respectively. However, interest soon faded in the western world with the discovery of antibiotics, which were used heavily to treat soldiers during World War I and were easier to produce and store than bacteriophages.

Antibiotics also have an advantage in that they are generally broad-spectrum in their application, whereas bacteriophages are much more specific. However, bacteriophages have seen a resurgence in the last 10-15 years due to antibiotic resistance, which has led to a very high mortality rate.

“One problem with antibiotics is that they indiscriminately wipe out everything in your system or shuffle it around,” Koeris said. “Generally speaking, when you’re shuffling things around, they don’t come right-side up, making the condition worse than it was before.”

This has been the case for patients suffering from inflammatory bowel diseases and other maladies of the gastrointestinal tract and immune-related diseases such as celiac. Thus, a more targeted approach is needed, and this is where bacteriophages come into play.

As a therapy, though, bacteriophages still have many hurdles to overcome to meet FDA safety requirements. One issue is their variability, whereas the FDA requires precision.

“Another challenge is that when companies do find an effective method, they are very secretive about it to have an economic advantage,” Koeris said. “Thus, it’s up to us on the academic side to shine a light on these methods and advance state-of-the-art therapeutics.”

In “Manufacturing Bacteriophages: Cell Line Development, Upstream, and Downstream Considerations,” the first publication in their two-part series, Koeris and his team cover some of these challenges as well as opportunities. They examine cell line development for manufacture, upstream, and downstream processes while defining the steps that bacteriophage-based products must go through for FDA approval.

First, developers must determine how many phages are needed for an effective therapy. Next, purity requirements must be met. Other topics covered include storage, the effect of temperature on phage production, the composition of bacterial growth media, and Multiplicity of Infection, which refers to the number of phages per host cell.

In the production of phages for medicinal use, the genetic stability of the host and host-specific phage is crucial because as the host bacteria undergoes spontaneous mutations throughout the production process, they may become resistant to the phage of interest or the phage may differ from the desired final phage structure that leads to changes in the function, productivity, and yield.

The second paper provides a framework to consider pharmaceutical development choices for formulating a bacteriophage-based drug product. This includes an overview of historical and current analytical methods and quality control considerations.

In the paper, they examine a wide variety of drug delivery methods for bacteriophages. This includes liquid formulations, encapsulation, semi-solid formulations (such as creams, gels, and aerosols), and solid formulations such as pills, capsules, and devices like catheters and bandages, which can be coated with a drug.

When investigating scale-up considerations, one of the most promising methods they discovered was spray-drying. This method can be operated in a continuous mode, unlike freeze-drying which must be done in batches.

They concluded that process development should begin before a finalized research-grade product exists, such that cell-line development, upstream, downstream, and formulation considerations are considered and inform the final drug product.

Koeris and his team started working on the paper in June. One of his classes involved reviewing medical literature, and he felt it would be an excellent opportunity for his students to get real-world research experience.

At the time, Moraes de Souza—who had been Koeris’s teaching assistant—had just graduated from KGI and started working at Amgen.

“I was working at Amgen during the day and working in the evening on the paper,” Moraes de Souza said.

“It was very intensive, but it helped that the research subject was very interesting. I’ve learned a lot, not only about the subject per se but also how to more effectively breed and compile information.”

Orellana, MEng ’22, also found it to be a valuable experience.

“I ended up learning a lot about bacteriophages while integrating what I already knew about bioprocessing,” Orellana said.

For Tanir, MEng ’22, working on the paper went beyond acquiring technical knowledge.

“I felt proud that we were working on a project that was helping the medical field to overcome the problems of antibiotic resistance, and our teamwork contributed a lot to the success of the project,” Tanir said.

“Tayfun was getting up very early most mornings during his time at KGI because he only recently came back to the U.S.,” Koeris said. “He was stuck in Turkey during the pandemic for the first year. Essentially, he did the entire year remotely like everybody else but in a bad time zone. We’re so happy to have him.”

In fact, the whole team has international roots. Koeris is originally from Germany, Moraes de Souza from Brazil, and Orellana from El Salvador.

“I think it’s a very special environment, and that’s not always the case for an educational institution to be so diverse,” Koeris said. “We’re super excited that this is the case for KGI, and I think this is really good for the biotechnology industry as a whole.”

Koeris also feels that this project exemplifies the importance of honoring the social contract for the pharmaceutical sciences.

“In addition to making therapies that pass safety standards and are marketable, they’re supposed to actually help people in the long term,” Koeris said. “That’s still a very strong focus in my classes, as well as to make drugs accessible for most of humanity. When it comes to bacteriophages, we focused on the manufacturing process. There’s still more work to be done. But there are many opportunities for innovation, and that’s exciting.”