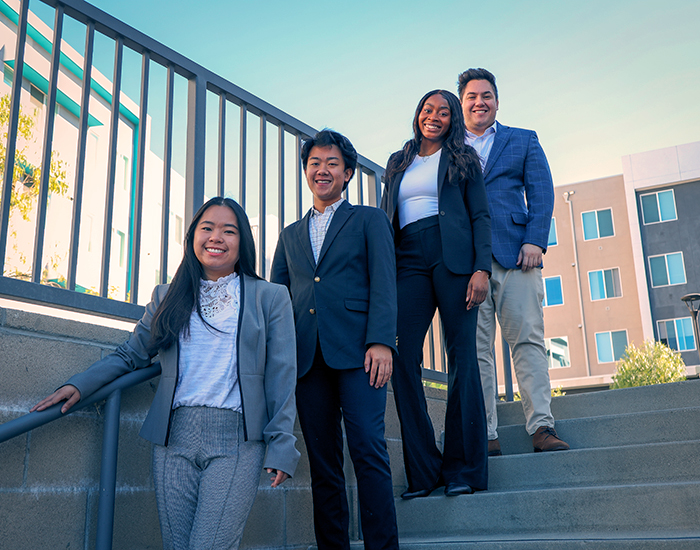 The competition challenged 44 teams from 17 universities across the country to solve a healthcare-related case prompt. Of the 44 teams, 17 moved onto the first round of judging. KGI’s MBS Dream Team made it to the top six, where three teams would win a cash prize and a one-week premium membership with PrepLounge, a case-consulting agency.

“We entered this competition because we wanted to find an opportunity that would put our skills and knowledge to the test,” Ventura said. “We’ve learned a lot from some of the best here at KGI and we wanted a chance to prove that.”

The competition’s case prompted each team to try and solve the real-world problem of long-term gene therapy. Each team had to act as a consulting team to develop recommendations for the commercialization and marketing of the proposed drug.

The team prepared for the competition by breaking up the case into four parts to utilize their strengths. Ventura designed clinical trials, Anaele focused on marketing pieces, Wen designed the reimbursement and pricing segment, and Torres concentrated on distribution strategies.

The MBS Dream Team submitted a presentation outlining their proposed business model and advanced to the last round, where they gave a 15-minute presentation to a panel of judges over Zoom.

“It pushed us to learn more about the topics we’ve studied here and think more creatively about solutions we can combine to real-world healthcare consulting.”

The final six teams presented early morning on November 13 with the results being emailed out after a short networking event.

“It was really intimating going into this competition after seeing some of the previous schools who had competed,” Anaele said. “We didn’t know how we would do being paired up with these big schools but making it to the final round solidified what we’re learning here at KGI.”

Subscribe to KGI’s e-newsletter
Request program information
Back to all news Husband and Wife Use KGI's PhD Program as a Stepping Stone to Improve Healthcare in Their Home Country of Nigeria Previous news story Dr. Jay Chok Teams Up With Nonprofit Health System and Innovation Incubator to Address Key Challenges Facing Healthcare Workers in Transition to Telehealth Next news story