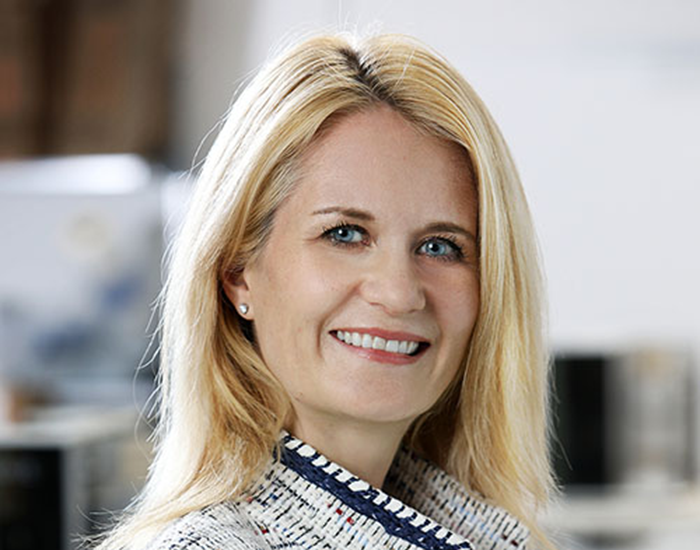 As Keck Graduate Institute (KGI) prepares next month to graduate its 20th class of Master of Business and Science (MBS) students, a member of the first graduating class will return virtually to KGI to judge the school’s April 26 Business Plan Competition.

Line Stigen Raquet is believed to the first-ever alum to judge the annual competition, and will also be the first judge to participate electronically from a foreign country. She is CEO of Creoptix AG, a Swiss startup company that has developed a novel optical biosensor tool for the study of biomolecular binding kinetics.

Then Line Martinsen, she first came to Claremont in fall 2000 to join KGI’s founding MBS class and prepare for her 19-year career in the life science industry. After graduating in 2002, she spent three years as a product manager at Invitrogen (later Life Technologies), first at its Carlsbad headquarters and later in Europe. From Invitrogen, she moved to executive positions at Qiagen and Mettler-Toledo before joining Creoptix last year.

Her host for the KGI event is Professor James Sterling, a founding KGI faculty member, who recalls teaching her as a member of KGI’s inaugural MBS class.

“Line was one of 28 pioneers who took considerable risk in attending a new graduate school that was unknown and itself quite entrepreneurial,” said Sterling. “Our founders were quite interested in launching new ventures and many of our early graduates carried that entrepreneurial spirit into their career.

“We look forward to having Line return to KGI and share the benefits of her experience with the next generation of KGI student entrepreneurs.”

Raquet will be joining three industry veterans returning to judge the annual competition. The judging panel will be led by Jim Widergren, KGI Board Chairman, who has three decades of experience in the medical device industry. The two other judges are Hallie Kuhn, Vice President of Alexandria Venture Investments, and Stephen Eck, Chief Medical Officer of MacroGenics.

The competition will feature 14 second-year master’s students drawn from the MBS, Master of Engineering in Biopharmaceutical Processing, and Master of Science in Medical Device Engineering programs.