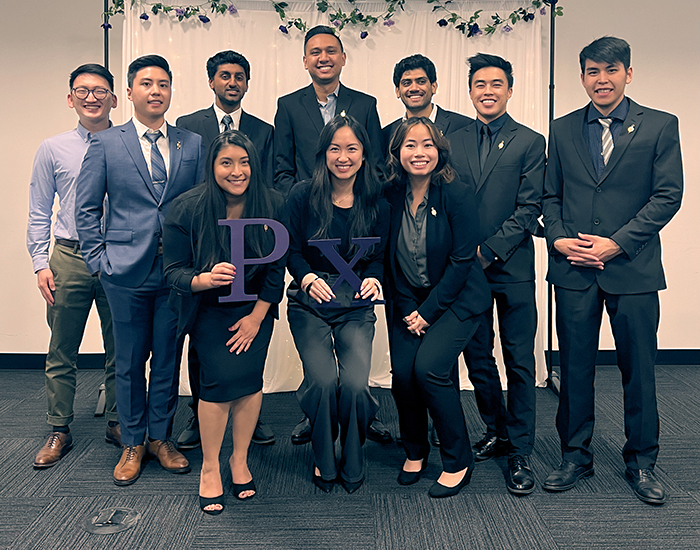 KGI’s chapter is part of the national Rho Chi Pharmacy Honor Society, which was established nationally in 1912 with a mission to advance pharmacy through sustained intellectual leadership. The society recognizes those Doctor of Pharmacy (PharmD) students who are in the top 20% of their class at the time they finish 50% of their didactic coursework (three semesters at KGI).

Additionally, new officers were initiated for the 2022-2023 academic year. These officers include:

Outgoing officers for the 2021-2022 academic year include:

Congratulations to all who were inducted and to the old/new officers!