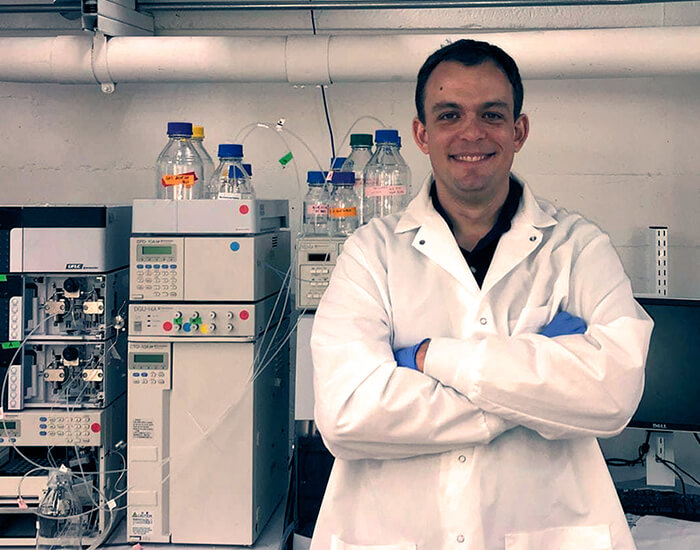 Treating Pain Without Addiction: Inside the Lab Fighting the Opioid Crisis

This article was written by Cory Matteson and appeared in The Guardian on April 20, 2018. It features Benjamin Pavlik, who graduated from the Keck Graduate Institute (KGI) Master of Business and Science program in 2009.

To enter the downtown San Francisco lab space that houses their Nebraska-born biotech startup company, Neurocarrus, Paul Blum and Benjamin Pavlik often pass a collection of people who Blum described as “falling apart from overdose.” The lab is located below a methadone clinic.

“We see the effects of drug addiction and mental illness every single day,” said Arvind Gupta, the founder of IndieBio, an incubator which has invested $250,000 in seed funding and lab space for Neurocarrus because he believes the co-founders might offer a partial solution to a national crisis.

Over the past seven years, Blum and Pavlik have been developing a drug designed to treat the kind of severe and chronic pain frequently treated with opioids. But their drug is missing something—the high.