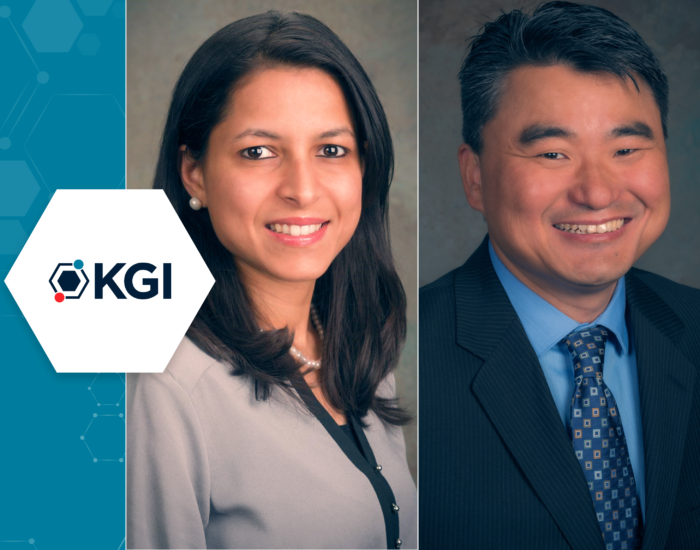 Much research has been done on how alcohol impacts the liver, but few studies have investigated the link between alcoholism and Alzheimer’s disease. The National Institute of Aging, a division of the National Institutes of Health (NIH), has awarded Keck Graduate Institute (KGI) Associate Professors of Biopharmaceutical Sciences Derick Han and Rachita Sumbria a $1,908,393 R01 grant to study how damage to the liver caused by alcohol can impact the brain.

The grant, “Modulation of the liver-brain axis by alcohol and its impact on Alzheimer’s disease pathology,” will be funded over five years. Han and Sumbria each bring their respective specialties—alcoholic liver disease and Alzheimer’s disease and blood-brain barrier—to the table for an integrative approach. Their project will be done in collaboration with researchers from The University of Southern California and the University of California, Irvine.

The liver is responsible for many vital functions including regulating metabolism and clearing beta-amyloid, a protein that, when left unchecked, can accumulate into plaques in the brain and promote Alzheimer’s disease. Han and Sumbria’s research, which will examine the impact of alcohol on male and female mice across different age ranges, has two main components.

First, they will investigate how alcohol downregulates Low-Density Lipoprotein Receptor–Related Protein 1 (LRP1). LRP1 is one of the major proteins in the liver that removes beta-amyloid from the blood. The downregulation of LRP1 in the liver by alcohol consumption may increase beta-amyloid levels in the blood and ultimately the brain, which is likely to promote Alzheimer’s disease.

Currently, only a few studies—less than 10—have examined the impact of alcohol on Alzheimer’s disease, and out of those, even fewer have used mice as models. Previous mouse studies have strictly examined what happens to the brain when you give mice alcohol.

“None of these studies have looked at the liver, which is one of the most important organs to metabolize, for example, alcohol,” Sumbria said. “So, what we are really focusing on is connecting the link between the liver and the brain, specifically in Alzheimer’s disease. This link is not only relevant for Alzheimer’s disease; it’s also relevant for overall functioning.”

Han has learned through years of research in the field that the progression of alcoholic liver disease throughout an individual’s lifetime can manifest in different ways.

“The bulk of people who drink heavily—around 90 percent—get what is known as steatosis or fat in the liver, but only around 10 to 20 percent of those people get more severe inflammation of the liver,” Han said. “Genetics plays a role, as does your lifestyle. The same is true with Alzheimer’s Disease. What is known is that alcohol increases the risk and progression of Alzheimer’s, so we’re trying to understand the mechanism.”

Damage done to the liver can be repaired to some extent, depending on when a person stops drinking.

Han acknowledges, though, that unfortunately many people will not stop drinking even though they are aware of the risks.

“It’s important to also think about potential therapies, because drinking is something some people are going to do no matter what,” Han said.